What Is A Fictional Narrative? Read The Best Answer 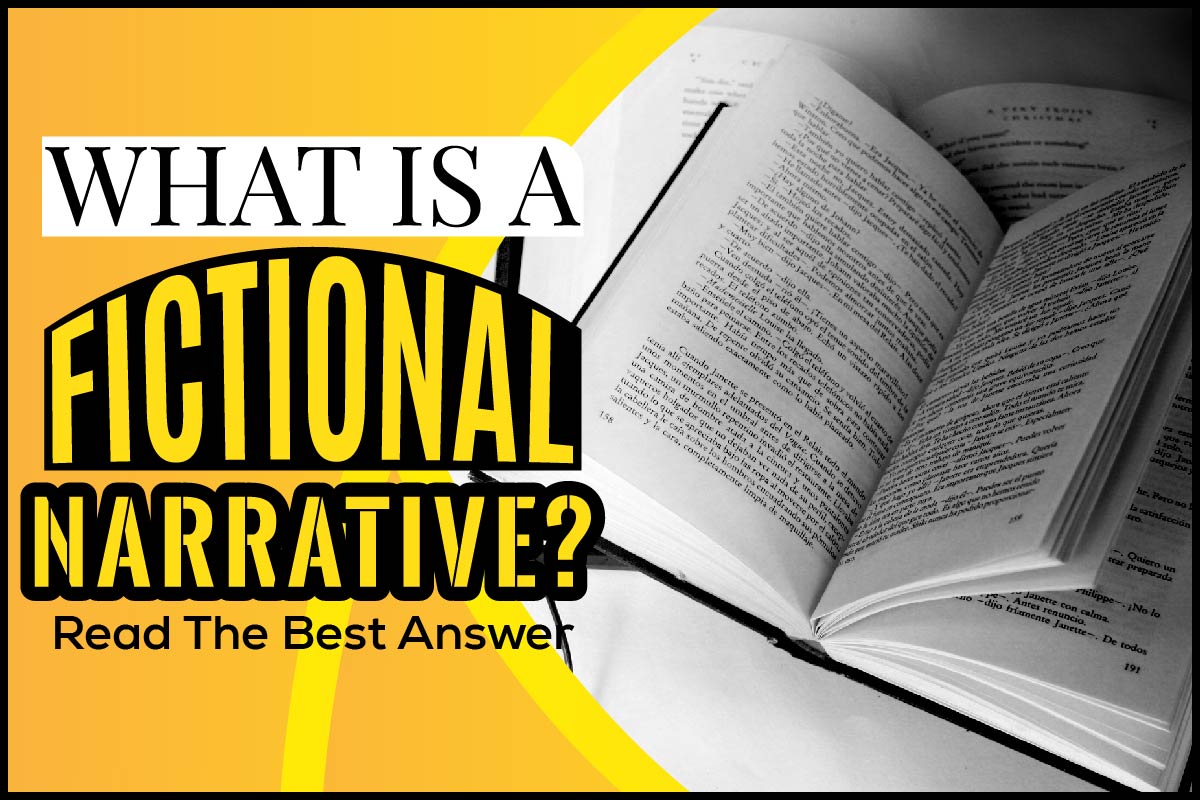 What does a fictional narrative mean? That’s the question. As a writer, you have to know what type of story you’re writing. You have to do this because your audience already knows the general format of their preferred novel. So, don’t just start writing without figuring this out.

The point behind writing a story is for it to appeal to an audience. In essence, understanding the kind of story you’re writing is a necessary part of writing.

That is the essence of this article. It aims to help you understand what a fictional narrative means.

Now, let’s go back to your question.

What Is A Fictional Narrative?

A fictional narrative is a story that you write from your imagination. You have to choose your characters and use your mind to shape how the story will go. However, you have to make the story real to your audience in a way they can relate to.

Elements Of A Fictional Narrative

They’re what create your story. They’re people or entities in your story. Some play essential roles. Others play minor roles. But you must spend time developing your characters because they’re the center of the story.

Your fictional narrative will make sense depending on how well you present your characters. You have to do a throughout research of how you want your character (s) to appear. How do you want the protagonist to be? You should ask yourself questions that will help you come up with and develop your characters’ identities and behaviors.

Although your characters are fictional, you should try to make them seem real. To do this, you have to feel like the character as you narrate the story. Have an understanding of the history you chose for your character. As much as you can, let your character improve (change) as the story goes on.

The plot and characters depend on each other. Some writers outline their story with the plot, while others use the character. Whichever you choose, the pen is yours.

The plot is the series of events in your story. It’s a layout for your story. Also, it determines the shape your story takes. The plot has five parts: the exposition, rising action, climax, falling action, and resolution.

The exposition begins your story. It introduces the character and setting in your story.

Rising action shows the events or problems. It establishes the characters, including what their lives look like. It shows the series of problems the protagonist must conquer.

The next one is the climax, which is also called the turning point. It creates the highest tension and uncertainty in your story. It also increases the interest of your readers to know what happens next.

And now, here comes the falling action. It consists of the events that take place after the climax. It calms the tension down and settles it actively.

Finally, the resolution comes in as the conclusion. It is where the journey of your story ends. It’s where all the events of the story led. However, it doesn’t have to be a happy ending. But it should be satisfying.

So, all these will carve out your plot.

It’s an essential element of a fictional narrative. When you’re reading and feel like you’re in another environment, that’s setting. It isn’t just where but also when your story takes place. It can be exciting to create your setting. Why? Your characters would reside in that world.

Also, it includes the weather, season, historical period, surroundings, and geographic location. Always research to write about places you’re not familiar with. It’ll help you avoid writing things that are not consistent with the environment.

Furthermore, having a clear conflict allows your readers to better interact with and understand the character.

It refers to who is telling your story and how it’s been told. It helps the readers understand the characters from the perspective of who is telling the story. Fictional narrative can be narrated in two ways: the first-person point of view and the third-person.

From the first-person point of view, a character (usually the protagonist) narrates the story. Since it’s written in personal pronouns (like I, my, me, us, etc.), your readers will feel like they’re the character.

You write using pronouns like he, she, it, they, etc. But you have to be careful, as readers might not feel connected to the character in this type of point of view.

It is the meaning of your story. It is also the idea behind your story. Also, it helps focus your fictional narrative. A clear theme will help you know the right audience to market your book to.

Additionally, whatever lessons or takeaway your story has is your theme. It also helps you get the point across to your readers subtly.

It adds meaning to your narrative. Also, it makes use of symbols to express a character. It can be an action, object, or character. But it aims to add meaning and significance to what it represents. An example is a character with a halo and wings represents an angel.

How To Develop Your Character For Fictional Narrative

Set a goal and a motivation for your character:

Your story exists because of your character’s goals or targets. It is what pushes them in their journey. Without a goal for your character, your story will not entice your readers.

If you’re having difficulty with creating your character’s goal, imagine what will make the character happy with their lives. It is their motivation. Also, figure out what they can do to get their desire. That is their goal.

Generate a conflict for your character:

Conflicts are obstacles that come between the character and their goals. It makes the story compelling. Also, conflicts impact the decisions of your character. It can also reveal your character’s weakness.

Additionally, you can also create a conflict that will make your character question their beliefs. They can also go against another character that is an obstacle—for instance, your character against the societal norm. Conflicts force a character to make decisions, thereby moving your story forward.

Your character should have strengths and weaknesses:

However, your main character should be able to make use of his strengths. But create uncertainty for your readers. So, the weaknesses should be a reason that is likely to make the character fail.

Your character’s strength will make your readers love them. But their weaknesses make them seem more human. So a mixture of strengths and weaknesses will appeal to the emotions of your readers.

Don’t reveal everything about your character when you introduce them initially. Show them slowly as the story unfolds. So that the further your story goes, the more their traits open up.

Let your character have a past:

Your characters’ history is an integral part of their life. It makes them real. Develop on their memories to explain what is in your story. Their past also explains why they show a particular behavior. You should know their happiest memories, history, including what shaped them.

Specify their appearances like height, color, and voice (how they speak). It’s helpful, especially if their appearance plays a role in your story. Also, let their physical attributes be recognizable.

You have to choose the right voice for narrating your story. Decide if it will be in the first-person or third-person perspective. The narrator’s perspective controls how you reveal the character throughout your story.

Importance Of Using A Fictional Narrative

The engaging style of writing:

Art increases imagination. A fictional narrative is an example of art, so it gives your audience room to interpret the story. And as creativity increases, you can get new ideas to improve on your work.

When people read about how characters overcome obstacles, they get a similar motivation to do so. Most of them can even face and overcome their challenges with that mindset.

We hope you can now write your fictional narrative after reading this post. However, don’t be rigid while writing. The truth of the matter is, sometimes, you need to transform the elements in your way.

So, while you use the elements, make it your style. Also, develop your characters to draw the attention of your audience.

Finally, don’t forget that the key lies in your imagination. So, be creative.

In the world of notebooks, spiral notebooks never go out of style. Despite the existence of digital notebooks, END_OF_DOCUMENT_TOKEN_TO_BE_REPLACED

As an author or publisher, you’re accustomed to using the power of words to captivate your audience’s interest. END_OF_DOCUMENT_TOKEN_TO_BE_REPLACED

An electronic device that embraces portability and functionality, that’s what defines iPads in our world today. They’re a END_OF_DOCUMENT_TOKEN_TO_BE_REPLACED

If you’re looking for a cost-efficient solution for your print projects, you’d want to try publishing your content END_OF_DOCUMENT_TOKEN_TO_BE_REPLACED