Readers and writers acknowledge that any fictitious narrative takes time to finish, whether that means reading or writing END_OF_DOCUMENT_TOKEN_TO_BE_REPLACED

Science fiction and fantasy-focused literature often fall under the “despised, marginal” genre that most readers and writers neglect. END_OF_DOCUMENT_TOKEN_TO_BE_REPLACED

Many famous writers get recognized at some point in their careers. As for Emily Dickinson, one of American END_OF_DOCUMENT_TOKEN_TO_BE_REPLACED

Understanding The Difference Between Fiction And Fantasy 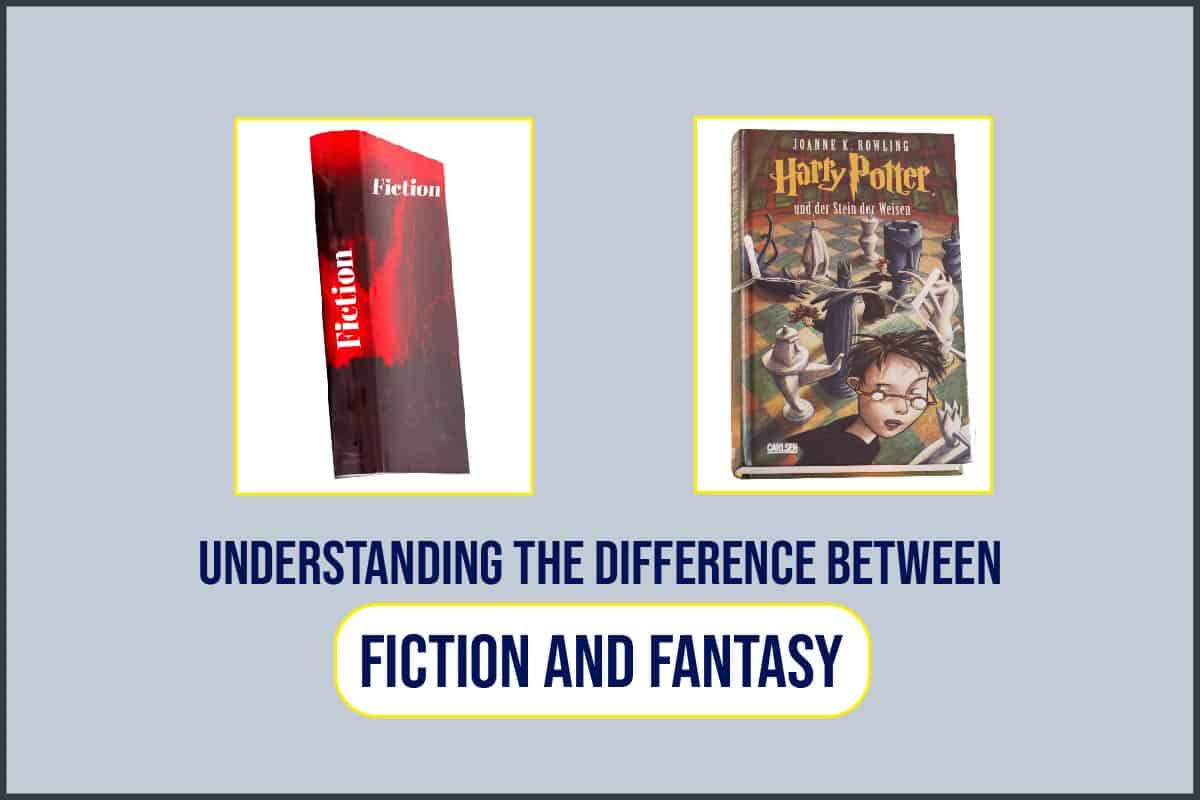 There’s a thin line of differentiating between a fictional and a fantasy work that could be prose, play, or poetry. However, both fiction and fantasy are genres of literature, but fantasy is a subgenre of fiction.

Over the years, both have gained good recognition in our society and reading list due to the post-medieval authors’ breakthrough who wrote: Blood and Fire by George Martin, The Lord of the Rings, and related books by J. R. R. Tolkien…

Continue reading to know more about the difference between fiction and fantasy.

Fiction is untrue and only happens in the mind of the writer. Its characters, diction, and rhythm are not directly related. It can be referred to as the act of making or creating stories. Such stories could be science-related such as science fiction which tries to explain scientific occurrences and terms from the writer’s perspective.

So it is fair to say that fiction has no history or direct link to anyone and is open to diverse interpretations.

It is a highly modified fiction that stems from high creativity and is generally almost impossible.

It tries to explain the mysterious things, which may be magic or supernatural.

Fantasy takes you to another world of impossibilities and unrealistic events. You could see such in some Disney movies such as Beauty and the Beast, Cinderella, and Snow White.

An example of a fantasy book is Alice in Wonderland, which opens us to a world of fairies.

Major Differences Between Fiction And Fantasy

There are distinct differences between fiction and fantasy, which include;

Even though they are not true, fictional pieces are very relatable to us because of their plot, diction, and setting.

The themes, events, or topics that fictional works deal with are not exactly true. Although, they have a way of being relatable to our world, attempt to address social matters or crises (past or present), and even predicting the future.

While fantasy uses unreal terms and themes like talking creatures, dragons, fairies, even though these creative notions could never exist physically, they are very present in our imagination.

Obedience to the law of nature:

Where fiction restricts itself to universal laws, fantasy does not.

Fictional stories or events tend to obey or practice a level of universal laws (e.g., the law of gravity or physics), especially science fiction. There is no rationale support or concrete evidence behind the fantasy. All the remarkable and inspiring events can be explained with one word, “magic,” without any foundational principle to back or support its occurrence in the fantasy world.

The element of Supernatural or Extraordinary:

Fantasy is full of extraordinary events or activities that thrill the reader, while fiction may not necessarily introduce any:

Fantasy stories may introduce an invisible or supernatural character that serves as the protagonist and central character. Most frictional works can pass their message or works with relatable characters and personalities in society.

Fictional narratives can fix firmly in reality, while the fantasy is total (pure) imagination:

The plot structure of fiction can be a well-known society or environment in our world, but you may create the stories and events to pass a message across generations. An example is a story of how a tortoise broke its back.

Which Is The Oldest? (Fiction Or Fantasy)

Fiction can be dated as far back as early writing or the days of civilization in Egypt, where men learn to read and write. There were stories upon stories documented and passed to generations to educate and inform them of their past. But, it contained lots of embellishments and myth, which resulted in fiction (untrue).

While fantasy is ancient in the world of literature, there are arguments that the origins of fantasy extend back to mythological times. The Odyssey by Homer and John Ruskin’s The King of the Golden River (1841) is debatably to be the first fantasy work ever.

For books on fantasy, there is now a distinction between the old and modern fantasy.

Similarities Between Fiction And Fantasy

They are both speculative ideologies.

What if time travel is possible? – LOST

What if Dragons exist? – BLOOD & FIRE (Game of the)

What if you could control the environment with a mere wave of your hand? – MERLIN

Most of the themes or conflicts in fiction and fantasy are individual (protagonist) against the society or environment (antagonists). The environment may not necessarily be inanimate objects, but individuals reside in it. So, we have individual Vs. Individual, self, beliefs, ideologies.

Just because both have imaginative content or structural concept does not make it irrational to our world, neither does it render the lessons and activities inapplicable to humans. They still enrich the readers and lovers with knowledge. Some examples are the theme of love and sacrifice, the theme of morality, the theme of good and evil, etc.

What More Is There To Know About Fantasy?

Sometimes, the real world gets a little too much, and we look for an escape from it.

Some persons who have challenges in their lives often hold on to fantasies to escape their harsh reality, even if it’s for a little while. It ushers us into a place where there’s a happy ending for all challenges or perhaps an intriguing being we’ve never imagined.

Fantasy as a sweet impossibility

Fantasy comes with some element of glamour and charm. At some times, it is almost unbelievable and absurd. It largely depends on impossible or incredible tales.

Tales of this nature would not be appealing to older persons. Things like the exploits of wizards in magical worlds or superheroes’ adventures would not catch the fancy of people except children. A sensible adult would know that these tales are absurd and most likely not to happen.

Fantasy, a wonderful escape from reality

There are times when the world can be overwhelming. At such times, we might need a sort of break from it. From time to time, people need an escape from their realities. Fantasy is often the best way to achieve that escape.

With a good fantasy story, you can bury yourself into other dimensions of your imagination outside your reality. It plunges you into a world where there is a more severe and threatening danger that makes your issues fade in comparison.

Fantasy presents life in a way that is different from the usual. It invokes the yearning for something else, which explains why it can be heart-warming that we don’t bother much about the storyline. We enjoy a good story. In all of it, the story resonates with our core existence as humans.

Apart from the incredulous storyline of saving the world that these stories are about, they tend to evoke strong human emotions that connect with the struggles, challenges, strength, and successes recorded in the story.

Even though fantasy is aspiring and pleasant, its effect is short, and soon the reader or audience tends to snap out of it. So, the joy is usually short-lived and replaced by harsh life realities.

In as much as fantasy deals with dreamy concepts, it also portrays some human features; pain, tragedies, and relationships even when operating in a strictly imaginary realm. We relate to their emotions. While we may not have to sell our souls to save others, we make sacrifices for the people we love.

Fantasy helps us process our issues without really processing them. It offers an outlet to our emotions while maintaining an illusion of distance and passivity, helping us to confront things that we may have bottled out of fear, trauma, pain, or grief.

Fantasy gives us hope that no matter how ugly things get, we can still come out of the situation.

There are debates about what is possible and impossible, real and unrealistic, which varies from different individual perspectives. But, as much as they play a crucial role in the creation of both fiction and fantasy, the differences are clear and glaring to non-casual readers.