Is Fiction Real Or Fake? What You Need to Know Plus Tips For Writing 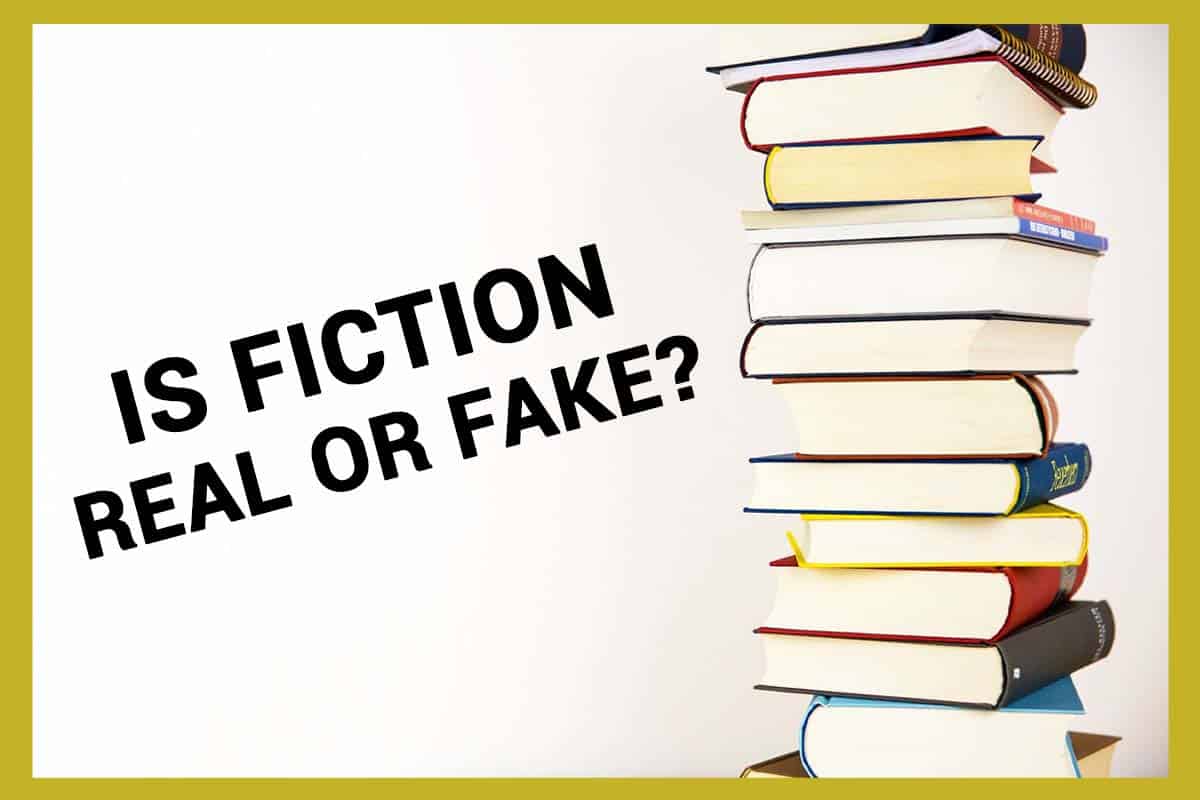 Are you about writing a book and unsure of what class of writing that suits you? Do you want to write a fiction book but need clarity? Are you wondering if fiction is real or fake? Here, we’ll be learning what fiction entails.

Fiction is a literary work that relies on imagination to fabricate tales that never happened in real life. That is a work of fiction that is not real or fake. The writer creates imaginary scenes of people and events.

The stories in fiction do not rely on facts or actual occurrences. Instead, the writer employs his imaginative prowess to create stories that readers will enjoy.

So, Is fiction real or fake? Continue reading to know more about fiction and get an answer to whether it is real or fake!

Realistic fictions are fiction that could happen in real life. Although these stories are not real-life occurrences, they can take place in people’s lives. No doubt, it is fiction, and the stories are unreal. However, it tries to present the world like it.

In this type of fiction, the stories and settings are believable. It could portray everyday life events like people finding love, experiencing betrayal, and heartbreak, addiction problems, etc. What makes it realistic is honesty in creating the characters, dialogues, setting, the issues the characters face, and how they resolve them.

One great example of a book of realistic fiction is Jeff Kinney’s The Diary of a Wimpy Kid. The book talks about Greg, a kid in Sixth Grade, and his school experiences, from bullies to girls. It is realistic because, in real life, all the stories and events portrayed what happens in the real world.

We can say a piece of fiction is unrealistic when it does not portray the possibilities of the world’s realities. An unrealistic fiction may be unrealistic in part or whole. The unrealistic nature of it is often like a flaw in the piece of work.

When you call a work unrealistic, it is a form of criticism. It is common for publishers to reject some manuscripts on the ground that it is unrealistic. The unrealistic nature of the work could be a result of the inconsistencies in the stories.

An example of a piece of fiction in this category is the movie, Live Free or Die Hard. Reviews of the film indicated that some of the stunts in the film were unrealistic. However, it was not wholly unrealistic fiction. Some persons opined that the unrealistic parts contributed to the movie’s exciting nature.

It is a type of fiction that features celebrities, not just stars, but also other real persons. Here, writers use celebrity figures as their stories and write stories that center on their life and lifestyle.

It is easier for these writers to gather information from these celebrities’ interviews and other information in the public domain and weave imaginary narratives to create a piece of fiction.

Although it is fictional work, it uses real-life celebrities and not an imaginary character. Alexander the Great has so many of such fictions written of him. They wrote of these works were written hundreds of years after he died.

Another example would be Christian Grey, who was an Italian realtor. The book, Fifty Shades of Grey was a story based on him as a character. However, the book’s author only met Grey in Italy when he was on a writing tour.

Real person fiction is one type of fiction that generates so much controversy. Some of the issues that arise in this type of fiction are consent, public identity, invasion of privacy, slander, etc.

Writing stories about celebrities that are still alive is like a violation of some sort to many people. Most real person writers don’t get published. So, they cannot take on legal responsibility for violating rules that stipulate that people’s image and identity cannot be used for promotional activities when you have not obtained their consents.

Some sites that published these stories have also received a fair share of clap back from the stories’ celebrity characters. However, since these sites and writers present these works as fiction, it becomes difficult to prove that they are real-life occurrences.

The ones that tend to border on crime could bring up several legal battles that writers tend to avoid. This kind of fiction stirs more controversy when it focuses on sex life and private life, and these celebrities.

Another aspect of this kind of fiction is that readers begin to assume that they know the celebrities so well because they have read a story that portrays the character in a particular light, whether it is real or not.

This kind of fiction seems to be more critical to the LGBT community as it provides community members with stories that suit their preferences in a highly heterosexual society.

Most times, the characters of these slash fictions do not come up as gays. Instead, the stories portray them as friends of the same-sex who, after spending so much feeling together, begin to develop strong feelings for each other, leading to exploring sexual experiences together.

Writers of these slash stories try to evade legal consequences by including disclaimers stating that the work is a piece of fiction and nothing more. It is also not in all cases that the characters of slash fiction are real persons. There are also slash fictions of imaginary characters.

Why Is Slash Fiction So Popular?

One of the reasons slash fiction might be so popular is because it centers on sex. The saying, sex sells, is true. A lot of persons consume these slash fictions for the sake of enjoying them.

Is Writing Fiction A Sin?

Knowing that fiction is imaginary literary works, you might wonder if writing fiction is a sin or synonymous with lying. It is an old question that many persons have asked, especially as all the Abrahamic religions of Christianity, Islam, and Judaism all consider lying as a sin.

I would not consider fiction as a sin. A piece of fiction does not intend to deceive the reader. The reader is often aware that the story he is reading is a creation of the writer’s imagination, and so, it is not real. Using your imaginative prowess to weave beautiful stories for entertainment cannot be sinful.

Many writers have gone ahead to write some of the beautiful pieces of fiction in existence today. Some famous fiction writers are J. K. Rowling, Ernest Hemingway, John Grisham, Danielle Steel, etc.

For example, J. K. Rowling is famous for her Harry Porter series that were all fiction works. She became the first World’s Billionaire author and has sold over 500 million copies of her books.

Creating strong characters and exciting dialogues will make your fiction work exciting. You should expand the idea you have into an entire plot and use the characters and their interactions to give life to it.

Putting your characters into difficult and unexpected circumstances adds thrill and excitement to your work. It makes it ride on the wings of suspense and intrigue.

From what point of view will you be writing? Ideally, you are clear about this before you start writing. Your point of view is the perspective from which you are telling the story.

Good fictional work will warm its way into the reader’s mind. It will use the right words, relatable characters, and suitable events to capture and sustain the reader’s attention.

Writing fiction is not always a walk in the park. Some parts of the writing process might be more complicated than the others, depending on what aspect appeals to you more. However, the fact that a fiction work is not about real events determines the direction of the story, and you can write it as you please.

So, Is Fiction Real or Fake? Hope that this article helped you find the answer to this question and can now tell if fiction is real or fake.

In the world of notebooks, spiral notebooks never go out of style. Despite the existence of digital notebooks, END_OF_DOCUMENT_TOKEN_TO_BE_REPLACED

As an author or publisher, you’re accustomed to using the power of words to captivate your audience’s interest. END_OF_DOCUMENT_TOKEN_TO_BE_REPLACED

An electronic device that embraces portability and functionality, that’s what defines iPads in our world today. They’re a END_OF_DOCUMENT_TOKEN_TO_BE_REPLACED

If you’re looking for a cost-efficient solution for your print projects, you’d want to try publishing your content END_OF_DOCUMENT_TOKEN_TO_BE_REPLACED