If you are new to the piano, you may be wondering where even to begin. Or maybe you END_OF_DOCUMENT_TOKEN_TO_BE_REPLACED

Whether you are a beginner bass guitarist or an expert player, you likely recognize that you have much END_OF_DOCUMENT_TOKEN_TO_BE_REPLACED

If you are new to the ukulele, or you are a seasoned player who wants to take your END_OF_DOCUMENT_TOKEN_TO_BE_REPLACED

Did you recently purchase your first guitar? If you are picking up the instrument for the first time, END_OF_DOCUMENT_TOKEN_TO_BE_REPLACED

Difference Between Light Novel And Manga: A Detailed Explanation 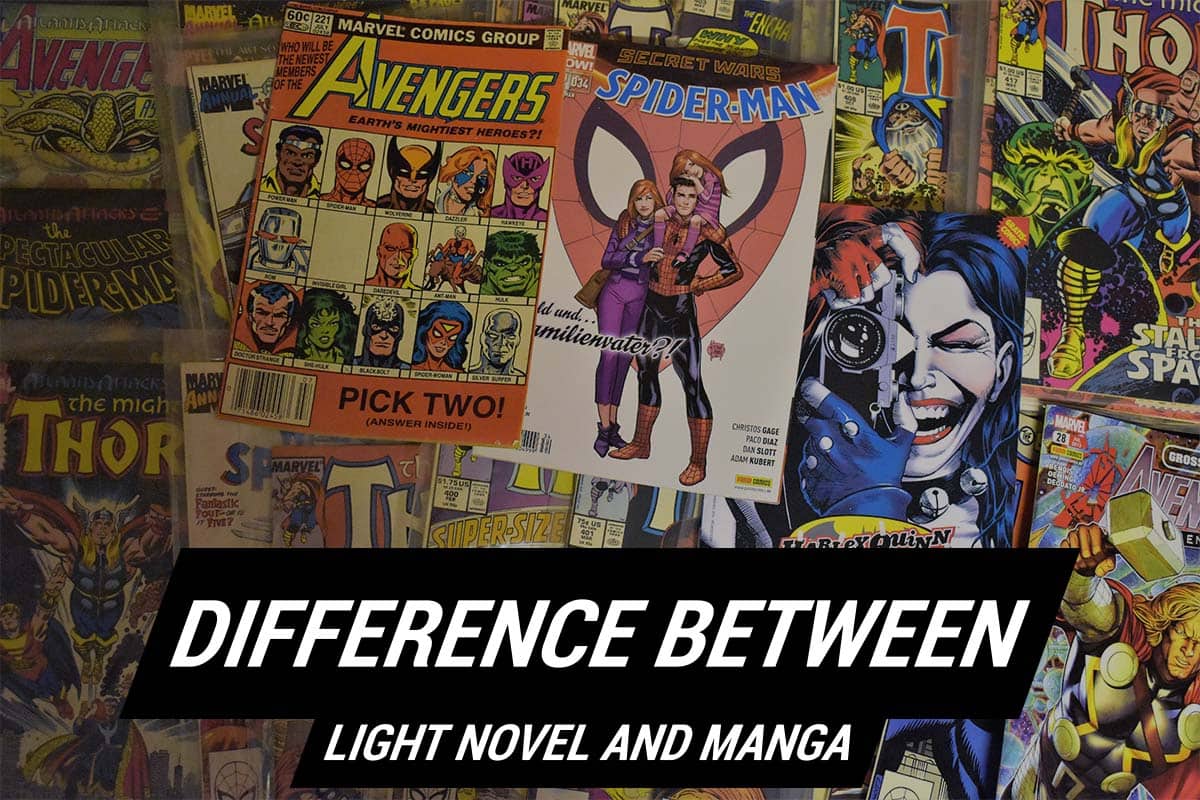 As a writer, you need to understand and explore diverse categories of writing. With that, you can easily discover your preferred niche. This article takes an in-depth look at the difference and similarities between light novel and manga. After reading, you should be able to make an informed decision.

A light novel is typical to the Japanese people. The general belief is that the name Light Novel came from the Japanese word wasei-eigo. The target for these books is teenagers and younger persons.

A light novel contains lesser text and simpler words. It has shorter sentences and less complex characters. Thus, it is easier to read them. You can also attribute this factor to the fact that it targets young readers.

A light novel is usually short in size and comparable with the length of a novella. It is the size that earned this genre the name Light Novel. It is common to see a light novel published in series.

So, instead of publishing one large book as a novel, you can choose to break them into bits and publish each as a light novel and as part of a series. Contrary to popular opinion, a light novel is not exclusive to the Japanese people alone. There are writers of light novels in other parts of the world like China, Korea, etc.

An example of a light novel is The Strategy of Walkthrough. Others are Unique Legend and Last Embryo.

Before you set out to write a light novel, read one first to give you a feel of a light novel. It will provide insight on how you should go about writing yours.

When you are clear about your characters, the dialogue will flow easily since 70% of a light novel consists of dialogues. You will know the speaking voice of each character and how to write their conversations.

Apart from dialogues, your readers will still require short descriptions about your character, especially western readers. A short descriptive background about the characters will come in handy.

Like other forms of writing, you must have an idea for your book. With the idea for the book, you can create a plan or outline for the book writing. With an outline, you think of what you seek to achieve with the book and map it out, after which, you can start writing by following the book plan.

Setting a writing schedule will be helpful as you write your book. You can plan the number of words and the number of minutes or hours you want to write each day. When you do, ensure you stay committed to it.

One thing to look out for is consistency in your story. Your character’s mannerism and personality must be consistent and fit into the plot. You might need to keep reading to remind yourself of what you wrote and the story’s general flow.

Readers should not only read a good story. The story should make them want more. As they progress through the story, the story should feed their cravings but create room for more. Since these stories are often in series, the reader should desire and look forward to the next one after reading one.

After the conclusion of the story, you can start including illustrations and drawings. You can choose to draw the illustrations yourself or get a graphic artist for it. When you are done, your book is ready for a visit to your publisher.

Manga is a general name for comic books in Japan. All persons, irrespective of their age, read the manga. It is mostly for entertainment and also for educational purposes.

They also contain pictures and illustrations. The prints are usually in black and white. The essence of this is to reduce printing costs and hasten the process of printing. However, you can also find them in colored print.

With the advent of the internet, mangas are now available online for people to read and enjoy. Thus, there is now an increase in the consumption of manga online.

Manga targets all audiences. As a result, the manga has several genres that appeal to different classes of persons. A manga reads from right to left, unlike traditional books that read from left to right.

Primarily, there are five types of manga. They are Shonen, Seinen, Shojo, Kodomomuke, and Josei.

This is most likely the most popular of the types of manga. It usually tells of a young boy and his adventures with his team. It targets teenage boys and infuses a mix of action and comedy. The protagonist is a male character that is on a quest to get stronger. His antagonists are sometimes his friends.

The word Seinen means Young man. It targets men that are from the ages of 20 and above. It also features action and foul language. It has a male protagonist who is naïve and has little or no real experience of the world. It tends to be similar to the Shonen but designed for a more mature audience.

Just as Shonen targets teenage boys, Shojo targets adolescent girls between ages 10 – 18. It is a girly type of manga that features emotions, drama, and romance. With a female lead as the protagonist, it showcases personal and romantic relationships. However, you could also find a little bit of action in some. The word Shojo means Young girl.

This is the equivalent of Seinen for a woman. It targets young women from 20 years upwards. It features personal and romantic relationships on a higher level than Shojo. Also, it includes explicit and graphic sexual stories and illustrations and like the American romance stories. A josei does not always have a female protagonist, it also has male protagonists.

Before you start writing a manga, create a synopsis that describes the central story or idea of it. After which, you can create character profiles for each character. What kind of plot will you build around your story? Will it be romance, action, adventure? It could also be a fusion of all these.

Ideally, you finish with the writing process become you start drawing your illustrations. The reason is that for as long as you continue writing, the story might take on a different dimension that you did not envisage.

As you write, begin with the core idea of your story. Expand on it as you go. Write out different parts and bring them all together.

Differences Between Light Novel And Manga

If you are new to the light novel and manga and reading about them for the first, you could be thinking that they are the same. What could be the difference between light and manga?

Light novels are no different from regular novels and novellas. It is just that they come with illustrations and images and are shorter. Mangas are comics. People tend to confuse them because they both contain illustrations.

The light novel is more or less a novella. So, it is possible to see a light novel that does not contain illustrations.

Another difference lies in the fact that light novels usually target young readers but mangas targets all audience categories.

Trying your hands at writing a light novel or manga could expose you to a varied writing experience, especially if you’ve never written for a younger audience before. Sometimes, it is good to step out of your comfort zone and try your hands at other writing genres.