Readers and writers acknowledge that any fictitious narrative takes time to finish, whether that means reading or writing END_OF_DOCUMENT_TOKEN_TO_BE_REPLACED

Science fiction and fantasy-focused literature often fall under the “despised, marginal” genre that most readers and writers neglect. END_OF_DOCUMENT_TOKEN_TO_BE_REPLACED

Many famous writers get recognized at some point in their careers. As for Emily Dickinson, one of American END_OF_DOCUMENT_TOKEN_TO_BE_REPLACED

Light Novel Versus Novel: What You Need To Understand 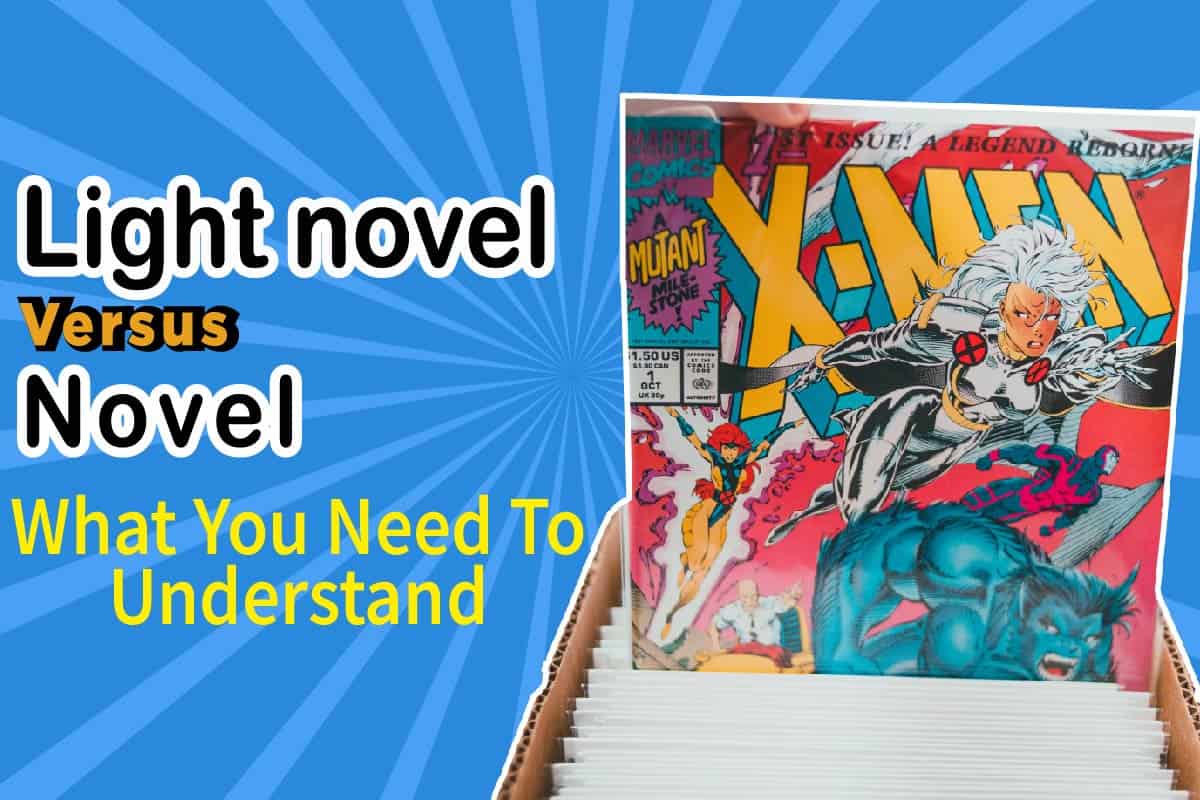 A lot of people know about novels. But when you talk about light novels, many might be wondering if it is the same novel they know.

If you wonder what a light novel is or whether it’s different from a regular novel, you’re not alone.

But after reading this post, you’ll have an in-depth understanding. You’ll know the relationship between light novels and novels.

Novels generally refer to invented prose narratives with certain complexities. The complexities in novels deal imaginatively with human experience. Novels usually tell a fictitious narrative over an extended length. Although novels are typically fiction, many typically have storylines that cut across human history.

They still usually carry story patterns with real-life familiarity. It usually flows as a connected sequence of events involving persons in a setting. A novel is a genre of fiction. Any piece of fiction long enough to be a whole book is considered a novel.

Novels are quite lengthy. Length is one of the dimensions of this genre of writing. “The tale of Genji” is believed to be the world’s first novel, and it dates back to about 1000 years ago. It is an epic story of 11th century Japan.

The word “novel” comes from the Italian word “novella,” which means new. An average novel contains about 90,000 words, and the novel published as a single book. A novel has features like dialogue, plot, setting, characters, plot, climax, and resolution. A novel does not necessarily need to have all these features to be good.

There are various types of novels. Novels have different categories based on the genre and storyline they cover. We would be considering the types of novels below.

This category of novels focuses on the relationship and love life of its characters. It is usually known to have an optimistic and emotionally gratifying ending.

Mystery novels are a fiction genre that usually involves a mysterious death case or a criminal case to figure out.

A fantasy novel refers to any book that contains magic or unrealistic settings. It usually has a storyline that involves mythical beings. Its plot, setting, and theme typically centers on supernatural forms. It involves ideas out of reality.

Thriller is a genre centered on suspense. It raises fear and dread of a future crime or event in the reader’s mind. Thriller novels have a storyline that involves a push and pulls between the protagonist and the antagonist.

This type of novel has its setting at a particular time in history. It conveys the spirit, social condition, and general culture of the time. It employs realistic details of historical facts.

Generally, a light novel is a Japanese type of novella that comes with illustrations. With that, it primarily focuses on middle and high school students. Both genders make up their audience. However, females gravitate towards it more.

It is most likely the case because of its exemplary and straightforward character. As the name implies, light novels consist of typically around 100 pages. They are quick, easy to read, and usually contain short paragraphs.

The vocabularies used in writing are simple and easily understood. It typically does not have more than 40 to 50 thousand words. When published, it comes in small format and paperback size. That is why they generally contain around 300 pages per volume.

It is an English term that originates from the Japanese word ‘wasei-eigo.’ Light novels are usually called ‘ranobe’ in the West. You can easily read them in a couple of hours. They are typically 40,000–50,000 words long. And they seldom exceed 200 pages. Also, short paragraphs characterize light novels.

Also, they are known to have a vocabulary that teenagers and young adults can quickly grasp. They come with illustrations and images. Frequently, they are in small-format books size, specifically A6 10.5 cm × 14.8 cm.

It is common to see light novels referred to as novellas, and they are naturally not lengthy. They are in primarily simple language. The plot is easy to understand. Most of the illustrations in this genre come in manga style. And they are usually not lengthy.

The belief is that light novels are an evolution of pulp magazines. To please the target market, most Japanese pulp magazines began to put illustrations at the beginning of every story. They also included writings about popular movies, video games, and anime.

Before this time, they had already changed from the classical style to the well-received anime-style covers. The narrative of this genre evolved to please the recent age. To serve the new generation, it became fully embellished with popular styles.

In recent times, light novel stories have become an acceptable choice for adaptation into manga, anime, and live-action movies. Light novels originate from Japan, but Its writers are in China and Korea and are move faster to other parts of the world.

Similarities Between The Two Types of Novels

Light novels and novels generally attribute to different terms. All the same, some similarities between the two are worthy of consideration. In this section, we would be considering these similarities.

Light novels and novels alike usually have a storyline. They both narrate an event with a clear plot. Also, their stories both have settings that they cover. You document both in written form.

Both light novels and novels are literature. They both follow literary writing style and genre.

Do both contain Illustrations?

Differences Between Novels And Light Novels

Despite that light novels and novels share some similarities, could there be any difference between them? Yes. Specific points of divergence exist between a light novel and a novel. Such differences are as follows:

Light novels are not usually long. They are most times shorter in length than novels. It makes them quick and easy to read because they are specifically around 100 pages and less than 50,000-word counts, which contrasts novels that span around 150 pages (sometimes above) and above 50,000 counts.

Light novels are as short as stories you could easily read in a couple of hours on the bus. It is possible to fully grasp its contents, making it light enough to understand and very interesting to read.

Interestingly, light novels contain illustrations in anime or manga styles comparable to a novella in other publishing terms aside from the Japanese. These illustrations are usually found in black and white shades, though today, you also find many novels that include colored illustrations.

Light novels are in different size-formats from those of novels. You publish in A6 format with 105 x 148mm dimensions. Novels, on the other hand, are printed in the A5 format. This difference in size is the standard acceptable by publishers.

Light novels have their target audience, primarily as middle and high school students. It is so because of this style of Japanese novels and its simple languages. Also, it employs the use of basic vocabulary and unambiguous terms throughout the writing. Clearer illustrations are adopted too.

On the other hand, novels usually target intellectual people. The language of writing is usually more comprehensive. Vocabularies used are also more complicated and advanced.

The readers are usually more exposed. It is the case because novels cut across a wide range of themes. The stories too also cut across broad cultures.

The light novel takes its origin from the East’s Japanese culture while the novel originates from the European Western culture.

Light novels are more concise than regular novels. It’s unique in its style and pattern. It is also essential and easy to understand. They are not the same. However, they share some similarities.