Is Fanfiction Illegal? Find Out All The Answers Here 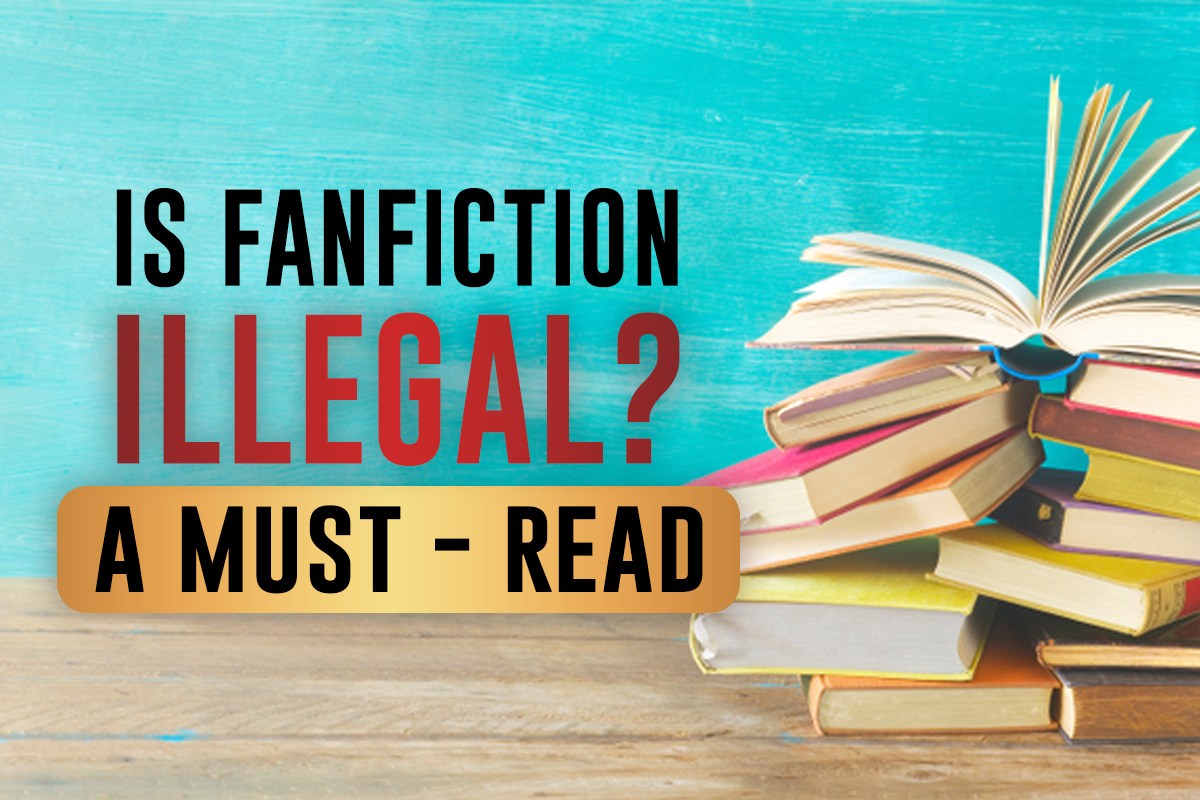 Is fanfiction illegal? There is an ongoing debate to ascertain if fanfiction is illegal or legal. While some belong to the school of thought that claims it to be illegal based on copyright rules, others think that fanfiction is not.

In this article, we will be discussing if fanfiction is illegal. Why should it be considered legal or illegal?

Is fanfiction Illegal?: Understanding The Legality Of Fanfiction

Whether fanfiction is illegal or not shouldn’t be so much of a controversy. Regarding copyright and trademark laws, when fanfic works are not written for profit purposes, the fanfiction writer might fit into not violating the fair use principle under copyright laws.

Most times, fanfiction works fit into the category of not infringing on fair use. One can make these types of works without necessarily getting direct approval from the original author. When the fanfiction work doesn’t infringe on the writer’s copyright laws, it can be legal.

Another important thing that can make fanfic work legal is to not compete with the original work in the public space. As long as it doesn’t intend to make profits and does not relegate the original work, it might be legal. Sometimes, some schools of thought even want to consider fanfiction as some advertisement for the author of the original work.

Many authors and companies now realize that no matter what, people are still going to write fanfiction whether they appreciate it or not. They have now started to state regulations on engaging in writing fan works on their original position. Where fanfiction writers abide by the rules and regulations that the original authors of the work have stated, they would not be accused of any illegality.

Is fanfiction illegal: About Fanfiction

Fanfiction, commonly abbreviated as fanfic, fan-fic, ff, or fic, is a fictional piece of writing written by fans. It is usually based on an already done work of fiction. The writer adopts trademarked settings, characters, or some other abstract elements from the primary author. These extractions made from the original work serve as the basis of fanfiction writings.

Fanfiction works can go from some sentences to a whole novel. When writing, fans can decide to retain the original writer’s settings and characters. They can also choose to use something different or add theirs to work. Fan-fiction stands as some fan toil.

Fanfiction can be done from any work of fiction and sometimes even from nonfictional themes. Fanfiction is commonly grounded in fan movies, bands, video games, and novels.

To simply put, fanfiction is typically stories that involve well-known fictional characters. Fans, not the original author, do these writings. These writings are also commonly posted on the internet.

A fan can also be called a fanatic. Sometimes, fans are also referred to as an enthusiast or aficionado. An individual shows strong absorption or approval for somebody or something. Some of these things are a sport, a celebrity, a sports team, a book, a genre, a politician, an entertainer, or a movie. The fans of a particular person or theme put together make up its fan base, also referred to as fandom.

Fans may decide to convey their passion in many diverse ways. Fans can determine to advance their enthusiasm by participating in or holding fan events, holding membership in a related fan club, or contributing towards fanbase projects. Fans are sometimes also involved in innovative projects called fan labor. These fan labors include writing fan fiction, creating fan magazines, drawing fan art, or making fan memes.

Is Fanfiction Illegal?: Why Do People Write Fanfiction?

Usually, fans who write fanfiction do so to fill a void they perceive in the original work. These voids fanfiction writers hope to serve can generally be streamed down to three significant points.

Firstly, the fanfic author might want to speculate on what’s yet to happen in a book series or movie series. When original authors of fiction are yet to release the next episodes and version of their original work, fans can begin to get curious and agitated. Fanfiction writers try to make assumptions and speculations into what could happen next in the original fiction. They do it with their fanfiction work.

Other fanfiction writers are interested in making speculations into “what if.” They want to consider conditions and attempt to restructure the original writer’s image. They delve into saying things like, what if this action didn’t happen. What if it happened another way? They want to make assumptions about what could have happened if certain situations were different and certain conditions were different from what the original writer has pictured.

However, in reality, the reason as to why fanfic writers write fanfiction is dicey to answer. Every fanfic writer has his or her unique reason for writing fanfiction. The satisfaction that fanfic writers and readers get from work varies from person to person. While some are just fulfilled by seeing certain characters shipped together whom they know will never be in a romantic relationship in the original work, others derive pleasure in the divergence that fanfic affords them. Whatever the particular reason, it is imperative to know that it is person-specific.

Modalities That Fanfiction Writers Work With

The canon: this canon involves the fanfiction writer’s features agrees to have pulled out literally from the original work of fiction.

AU: AU refers to “alternate universe” in full. The fanfiction writer can write his fanfic with its setting as a different universe from the original writer.

Shipping: this is a situation where fans are rooting for the romantic pair-up of certain characters. Usually, there is already some sort of attraction that the original author is painting. Fanfiction writers then pair them up in their work. The interest of the fanfic writer is to pair them up.

Episode fill: this is a modality employed by fanfiction writers to fill up what they assume to be a missing scene. These works are usually short. They mostly use it to expand or react to a scene in a chapter or episode of the original work.

Copyright entails the exclusive rights given to the author of original works. These rights include the right to distribution and adaptation of the work, right to copying.

Fanfiction in its originality can be said to be a violation of copyright laws. Fanfiction makes use of settings and characters curled out from an original work of fiction work. It creates an unoriginal work. All these it does is classified as illegal according to copyright law.

Most fanfiction comes out of the restricted permission given to the public to criticize and comment allowed by equitable work. Authors of fanfiction also take to a great extent from the fiction work. Some settings, characters, and plot concepts are copyrighted. It serves as a course for an accusation.

The emergence of the internet and the prevalence of fanfiction have contributed to posing difficulty in keeping guard over and navigating through trademark laws to fight for copyright. The original writer rarely endorses Fan-fiction. Fan-fiction is also not usually published.

Original authors of creative writings that fans work on to produce fanfiction writings react differently to the fanfic writer’s work. While some encourage it, some respond with legal actions and threats. Meanwhile, some others are indifferent about it.

Most of the original authors of fiction who stay indifferent about fanfiction writers’ work are probably unbothered because fanfiction is always written and published for an audience who is already a fan of the primary author. It is expected that those who would be interested in fanfiction must have read the original fiction or are aware of the original work’s existence.

Fan-fiction is fast becoming popular, and many original authors are beginning to get comfortable with the idea. However, some writers of fiction still don’t appreciate it. In cases where the actual work writer considers it an infringement of his copyright laws, defaulters would be charged as due.

Therefore, it is essential as a fanfiction writer to research if the original writer or author has some stated regulations to be adhered to and be aware of the copyright laws before writing a fanfic version of it. It is also vital to avoid writing fanfiction types for profit.

In the world of notebooks, spiral notebooks never go out of style. Despite the existence of digital notebooks, END_OF_DOCUMENT_TOKEN_TO_BE_REPLACED

As an author or publisher, you’re accustomed to using the power of words to captivate your audience’s interest. END_OF_DOCUMENT_TOKEN_TO_BE_REPLACED

An electronic device that embraces portability and functionality, that’s what defines iPads in our world today. They’re a END_OF_DOCUMENT_TOKEN_TO_BE_REPLACED

If you’re looking for a cost-efficient solution for your print projects, you’d want to try publishing your content END_OF_DOCUMENT_TOKEN_TO_BE_REPLACED