What Is The Difference Between Books And Editions? The Best Answer 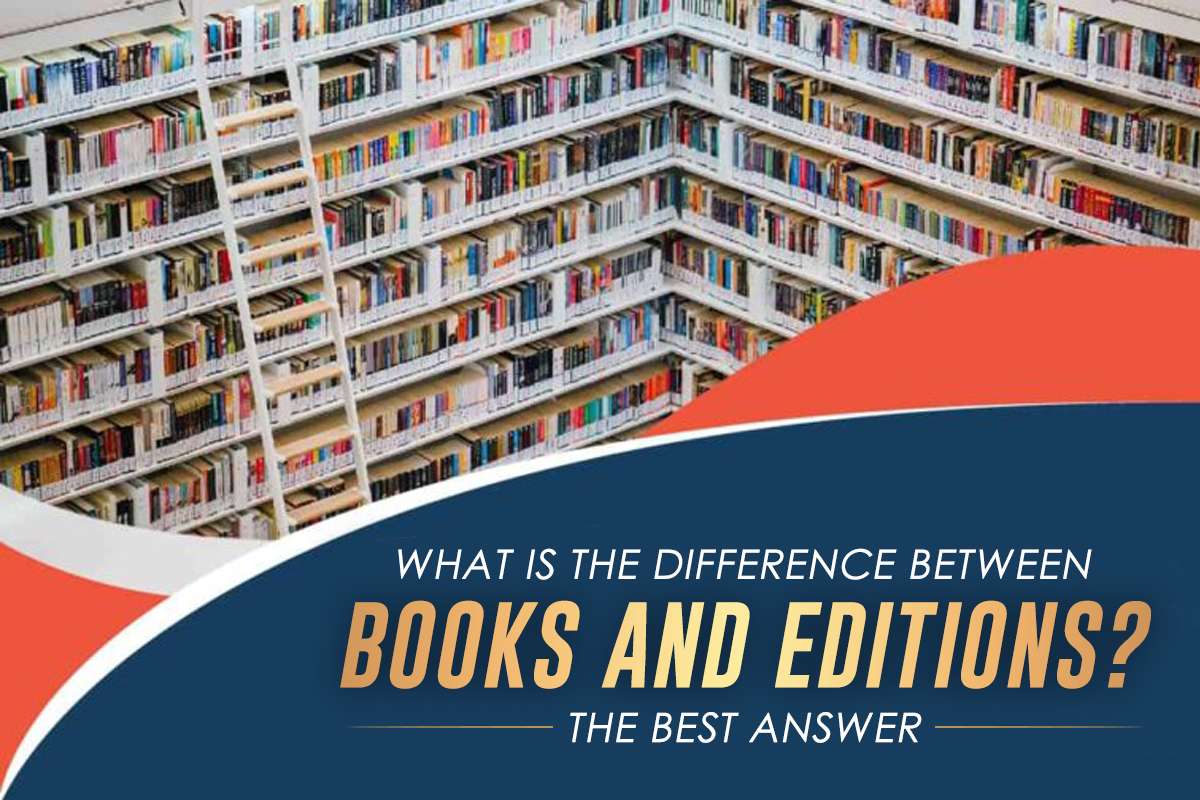 Books and editions have some differences. But if you didn’t know, you would think otherwise. There are also different types of books and editions. Types of books include fantasy, horror, action, adventure, graphic novel, comic book, historical fiction, etc. Editions comprise the first edition, second edition, and so on.

Simply put, books are a set of printed sheets of paper bound together between covers. The earlier forms of books are scrolls. The change to books from scrolls dates far back to the Roman Empire.

Books are media for recording specific information in the form of images or writings. Books are made of multiple pages (paper, parchment, papyrus), held together and protected by covers, front, and back.

Humans have used tablets in the Bronze and Iron Age for writing. They were produced from clay, wax, etc. The binding of several wax tablets together was the precursor of the modern bound books. Modern books were formerly known as a codex, which means a block of wood.

Humans made scrolls from papyrus, parchments, and thin wood. They also used them for writing in Ancient Egypt. They’re typically glued papyrus sheets together to form scrolls.

A codex consists of leaves of thin wood of uniform sizes bound together along the edge and held between two thick materials.

When papyruses were scarce during the fall of the Roman Empire, parchments became popular. People made parchments from an animal’s skin. The parchments were goats and sheep’s skin which are scrapped and dried but not tanned. It was what the Roman scholars used to write their manuscripts.

The modern-day book is what is obtainable today. They are made of thin sheets, bound together at the edge, covered and protected by two covers. The cover could be a hardcover or a softcover depending on the thickness of the material used.

The words written in a book can be read aloud, recorded, and saved on tapes, discs, or other memory devices. You can refer to them as audiobooks. An example is the audio Bible.

These are electronic books. They are books in soft format. They are made available through the internet, on smartphones, electronic tablets, and other electronic devices. They can come in ‘Word Doc format,’ ‘PDF’ or ‘EPUB.’

Books can consist only of photographs, drawings, puzzles, etc. it is also possible for a book’s pages to be left blank. It may also feature abstract lines to support entries. Examples of such books are an autograph book, an account book, a notebook, photograph album, appointment book, diaries, or a sketch pad.

You can classify books by content and physical format.

They are often separated based on content into fictional books and non-fictional books. There are also other types, such as musical notebooks.

This is where publishing comes in. To publish a book means to produce it in printed or electronic formats for the user to buy and use. Physical books may come in hardcover backs, ordinary paperbacks, glossy cover backs, spiral bounds, etc.

Bibliographers define a book’s edition as copies of a printed book. It is from the same type, including even all the variants with a minor typographical difference.

You can only speak of editions of a book when you have first produced and published one and then made a significant change in the book and re-print and publish it. It doesn’t matter if you edited a few typographical errors; the change you made must be essential before you can call it another edition of that book.

To find out the edition of a particular book, open to the page that contains the publication information like the copyright, publisher’s name, etc., there, you’ll find the edition of that book.

With this knowledge, it won’t be wrong for the announcer at a book launch to call a copy of the book an edition launched on that occasion. It is only an example of that book. Since one believes that everybody who came for the event already knew the book we are talking about, those set of copies launched are all a particular edition of that book, most likely the first edition.

Editions of books exist because something changed in the first print. Putting books in the edition is to mark that change for consumers, sellers, and publishers.

Another reason why books are in editions is to allow more people to buy the book at a cheaper rate. It is true if the previous print was too expensive for most people to buy due to the quality of materials used. Editions accommodate for new information to be in a book.

It would be safe to say that, in a way, the term ‘editions’ becomes relevant when there are several books in print. It can’t be an edition if it were to be one book.

In the world of notebooks, spiral notebooks never go out of style. Despite the existence of digital notebooks, END_OF_DOCUMENT_TOKEN_TO_BE_REPLACED

As an author or publisher, you’re accustomed to using the power of words to captivate your audience’s interest. END_OF_DOCUMENT_TOKEN_TO_BE_REPLACED

An electronic device that embraces portability and functionality, that’s what defines iPads in our world today. They’re a END_OF_DOCUMENT_TOKEN_TO_BE_REPLACED

If you’re looking for a cost-efficient solution for your print projects, you’d want to try publishing your content END_OF_DOCUMENT_TOKEN_TO_BE_REPLACED