When it comes to versatility, it’s impossible to rule out Rod Serling’s name in the list. He was END_OF_DOCUMENT_TOKEN_TO_BE_REPLACED

Have you ever read the book or watched the movie “Stuart Little” and “Charlotte’s Web”? The person behind END_OF_DOCUMENT_TOKEN_TO_BE_REPLACED

A man of strong opinions—that’s what best describes writer, journalist, and critic George Orwell. What made him exceptional END_OF_DOCUMENT_TOKEN_TO_BE_REPLACED

White is often thought of as the pure color, the color without color, maybe even bland. White is easily stained, whether it is clothing, cars or book covers. In the case of the latter, book covers can create a very captivating image by just the simple addition of the right colors to an already white book cover. The “stains” stand out and attract the attention of the reader more easily than colors that blend together better. 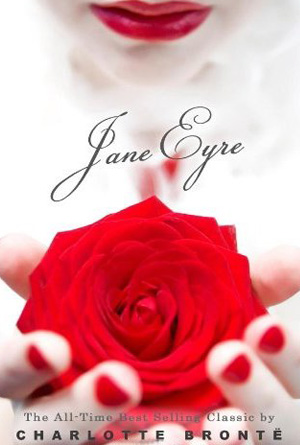 Jane Eyre by Charlotte BronteJane Eyre is a classic story that has made its way through generations and often into high school and college classrooms. Even classic stories sometimes need a new twist, and since you can’t actually change the story itself, updating the cover for a whole new generation is the next best thing. This is an incredibly enticing image. The pale white woman making up the background is the perfect tool to make the bright red of her lips, fingernails, and especially the open rose really stand out and capture a reader’s attention. She practically fades away, the white disappearing, and the red standing on its own and creating an effect that is demanding to be seen. This a fantastic cover that really brings new life to an old story. 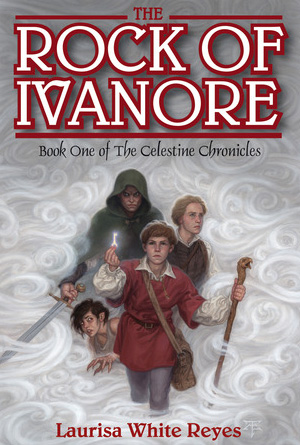 The Rock of Ivanore by Laurisa White ReyesFantasy novels are in a class all their own, not only when it comes to epic adventures within their pages, but also with unique cover art that accurately depicts the story. This is a great example of what fantasy genres are constantly striving for; with the white background of swirls made to look like smoke or clouds and perfectly framing what are likely the main characters of the novel. These people have clothing in colors that perfectly contrasts against this white background and makes them really jump out to the reader. The same goes for the author’s name and especially the title, which greatly stands out with a red outline. Everything on this cover has been made to capture the attention of the reader by being placed against the simple white background. 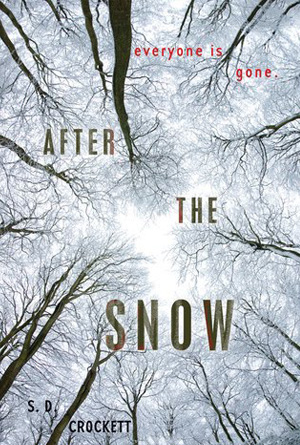 After the Snow by S.D. Crockett By playing tricks on the eye and the mind, images can create an effect that is not only eye-catching, but lingers even after the image is no longer seen. This is a perfect example of that kind of image. The white of the sky illuminates the dead trees stretching into the distance, and then the reader realizes that the point of view is that of looking up from the ground, and the effect is almost dizzying. It is with this effect that readers will be lured into the cover, and the book itself. The image lingers in their subconscious even after they look away, and even demands a second glance just to take part in that momentary effect again. Optical illusions have incredible power, and this one, though simple, achieves its purpose by making this cover completely successful. 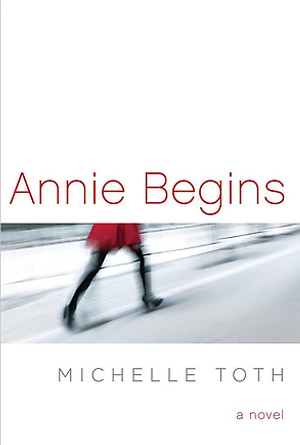 Annie Begins by Michelle TothWhite has such a complete blankness to it, that when something does interrupt the continuity, it creates a huge impact. This is a perfect example of that, with a completely white background that is only broken by a small frame of slightly distracting color that disrupts the monotony just enough to really reach out to readers. The frame seems to be a freeze frame of captured motion, which in itself is also disruptive and adds to the attention grabbing capabilities of this cover. What really stands out the most though is the slight bit of red seen in the clothing and the black outline of legs and shoes, as well as the red letters of the title. These three objects become the centering focal point and together create a successful piece of an entire cover that is sure to convince passersby to stop and take a closer look.