Green has become an instant symbol for two very important, and opposing, things in this world; and that is money and the environment. It is a common color seen in nature, and so in order to properly gain its momentum as a book cover, it has to have something special to make it really stand out. This can be a beautiful and unique image, a simple illustration, or even the right juxtaposition of other colors and shapes. But when the right formula is found, these covers really pop. 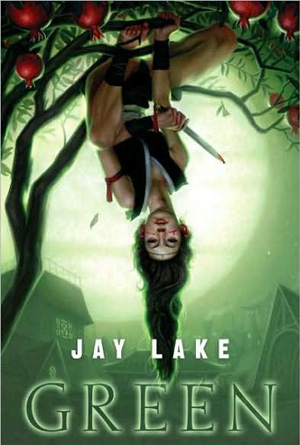 Green by Jay LakeWell, the easiest and most straightforward way to gain attention for your book cover is to combine an easily recognized word with its easily recognized symbol. This book has not only made its title fantastically easy with one word, it stretches so much more because that word has an instant and constant image that will pop into a readers mind. A color is a color, it doesn’t change, and when the background of the book matches perfectly with the title, it concretes that image and makes the cover all that much more successful. This particular example not only pants the background of houses and sky, and even the moon in a hazy green, but adds to the imagery with a tree full of apples, and a girl with apparent green hair and apparel. Every last piece of this cover has been made to tie in with the cover, and grab onto the reader’s attention without letting go. 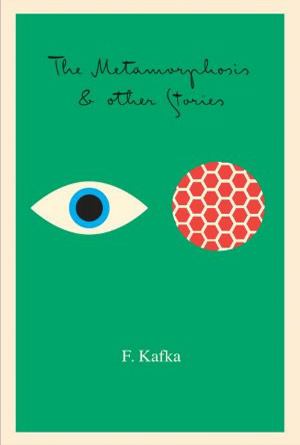 Metamorphosis by F. KafkaSimplicity yet again at its finest. There are only four objects on this cover, and yet together, with the obvious help of the background, they create a startling and captivating cover that is sure to grab the eye of more than one passerby. A solid green background helps to push forward the four objects: the black cursive letters of the title, the white plain letters of the author, and the two strange images that dominate the center. An eye with a blue iris and circular view of what appears to be a series of hexagons; this small view can honestly be anything that the reader sees it to be: a honeycomb, a tire tread, a patch of lizard skin. It is the simple pictures that have readers using their imaginations without even turning that first page, which really create a successful cover like this one. 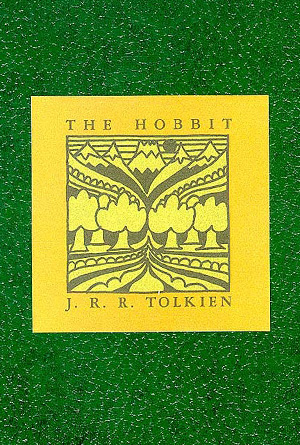 The Hobbit by J.R.R. TolkienEven with the popularity of The Lord of the Rings movies, and the upcoming movie that tells this particular story on the big screen, this has long been a book of its own merit. Even before movie magic brought the infamous characters to life on the screen, readers were bringing them to life in their minds for decades. And even with a deceptively easy drawing, completely done in green, and surrounded by a faded brown frame, this book was able to draw readers in. Maybe it was interesting title: what is a hobbit? Maybe it was the strange drawing that seems to converge into the center: what awaits in those trees, at the foot of the mountains? Maybe it was the brown frame that instantly makes the little picture stand out to readers. Regardless of the reason for each person that picked this book up, this cover has obviously proven itself to be more than successful. 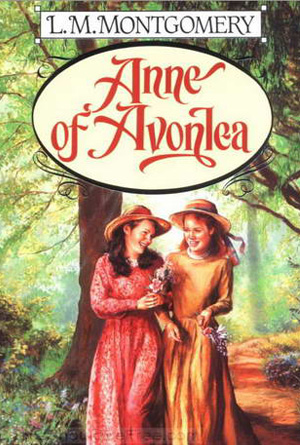 Anne of
Avonlea by L.M. MontgomeryIt may seem like green is not the main color on this color, but it is the green foliage of the background that really makes the two ladies in their dresses stand out in the foreground. The red and orange of the material wouldn’t pop as much if it wasn’t for the natural scene behind them. The title and author’s name are also more easily seen with a white background of their own against the green, and then black letters for the author and red letters for the title that both pop against the white. But it is the green of the foliage background that ties it all together into one neat little package that will catch a reader’s eye.
Previous
Next

In the world of notebooks, spiral notebooks never go out of style. Despite the existence of digital notebooks, END_OF_DOCUMENT_TOKEN_TO_BE_REPLACED

As an author or publisher, you’re accustomed to using the power of words to captivate your audience’s interest. END_OF_DOCUMENT_TOKEN_TO_BE_REPLACED

An electronic device that embraces portability and functionality, that’s what defines iPads in our world today. They’re a END_OF_DOCUMENT_TOKEN_TO_BE_REPLACED

If you’re looking for a cost-efficient solution for your print projects, you’d want to try publishing your content END_OF_DOCUMENT_TOKEN_TO_BE_REPLACED