When it comes to versatility, it’s impossible to rule out Rod Serling’s name in the list. He was END_OF_DOCUMENT_TOKEN_TO_BE_REPLACED

Have you ever read the book or watched the movie “Stuart Little” and “Charlotte’s Web”? The person behind END_OF_DOCUMENT_TOKEN_TO_BE_REPLACED

A man of strong opinions—that’s what best describes writer, journalist, and critic George Orwell. What made him exceptional END_OF_DOCUMENT_TOKEN_TO_BE_REPLACED

Book Covers from the 60s

The 1960s was a truly strange time in history, not just in America but really around the world. Things were happening that would change mankind forever. Events that led up to the inspirational moon landing creating an outpouring of science fiction novels which were immensely popular in this decade. But as popular as they were, they couldn’t dominate two important human spirits: the child-like and the enduring. Regardless of what was going on, the 60s found mankind continuously looking forward, and the search melted into the most popular books of the time. 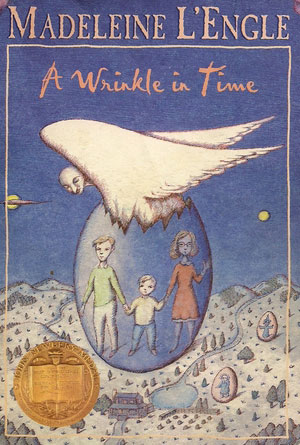 A Wrinkle in Time by Madeleine L’Engle

Sometimes the title of a book can really reach out and grab readers and make them so intensely interested that they have no choice but to flip through the pages and find out about the story. This title doesn’t necessarily jump off the page, but it does begin an interesting thought process in the reader that may start with something as simple as a raised eyebrow in curiosity. That’s all the title has to do on this cover, because then the striking image takes over and really pulls the reader in. An odd, winged figure seems to be carrying a bubble with three people inside, across a valley with several other of these very same bubbles. Who are those people and why are they in a bubble? What is that winged creature and where is it taking the people? Where they are in general is another intense question that will poke at the potential reader because the landscape looks like something from a distant planet or science fiction movie than anything that might be found on earth. So many questions are going to pop into the reader’s head that they are going to be overcome by them and need to find at least a few answers, which is why this cover has been considered to be so expertly crafted.

Flowers for Algernon by Daniel Keyes

“Rat in a maze” is usually not an endearing term, and is used by those who feel they are stuck in something in their lives, with little hope of finding a way out. This cover immediately taps into that hopeless and sometimes hostile mindscape with a simple yet effective image on the front of a crudely made maze, with the stereotypical little white rat in the process of making its way through. What makes it more effective is the title being use in conjunction with this image. “Flowers for Algernon” gives an entirely different feeling, as flowers are thought of as nice, lovely, calming and beautiful. The fact that they are given as gifts of endearment further makes the image a curious choice for the cover, but that is what makes it so effective. The nice, calm feelings that come to mind with the title clash brilliantly with the harsh, negative feelings of the maze and create a small storm of curiosity within the mind of the reader. In order to find out why these two have been put together, they will have to pick up the book and read, which is exactly what the cover intended.

The Giving Tree by Shel Silverstein

Some generations in present day may still remember this child hood book about a tree that loved a child so much, it gave and gave until there was literally nothing left. Even for those that have never read this inspirational and touching story, the cover is able to tell a small story of its own with a simple yet effective illustration of a large and obviously healthy tree bending one of its branches down in order to drop a bright red apple into the waiting hands of the small child below. There is so much green used on this cover, which makes readers think of health, vitality, freshness; especially when it comes to nature and our own life spans. The tree obviously has its own sentient life, and has developed an attachment to the small child as it willing gives up one of its apples. The title hints that this piece of fruit will not be the only exchange between the piece of nature and the person, and invites readers to sit down, open the cover, and enjoy a little bit of greenery for themselves. 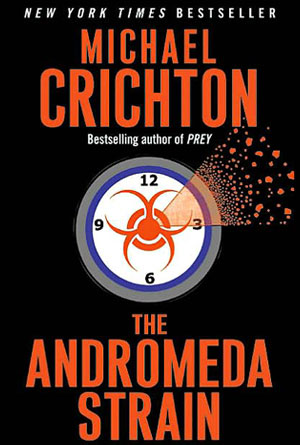 The Andromeda Strain by Michael Crichton

Few things evoke the kind of response in people as the fear of contagion and disease. The 60s marked a time in history when the entire world held its breath, afraid of falling bombs and nuclear fallout, which is why the biohazard symbol that stands out in the center of the cover is the single most important part that will immediately grab the attention of readers. People are afraid of the unknown, which is why that one simple symbol can cause so much panic – it usually indicates a hazard that people know is dangerous, even though they may not know exactly why. This infamous symbol placed on a clock face increases its effect, because then it points out to the reader that this story is going to come down to the wire, where every last second is going to count. The red beam of light emanating from the symbol’s center and spreading into the darkness of the background shows small debris as it gets farther from the source. It is unknown to the reader exactly what this debris is, but they are sure to find out if only they crack open this cover and read the pages within. This cover is a fantastic example of using people’s fear towards them and making them face it in a way that is safe but still intensely touches their emotions. From the safety of being beyond the story, and only reading as an outsider looking in, they know that “the andromeda strain”, whatever it may be, cannot actually hurt them, and they can sit back and enjoy the novel whose cover lured them in. Non fiction is not always a favorite among the majority of readers, but this is nonfiction unlike any other. The true story of a man who was not only accused of a crime he did not commit, but was unjustly sentenced to prison and then spent his life trying to escape; this book, for those even remotely familiar with the name, is sure to read like a fiction and be just as entertaining. For those readers who know nothing of Henri Charriere, they may not be as inclined to read a true story, but the cover is going to make it incredibly hard for them to resist the urge to flip through these pages. Like many images, chain link fences in the form of bars and prisons elicit a specific response in many people. No one likes to have their freedom taken from them, to be trapped, as the background of this cover immediately makes them feel. “Papillon” is the title and a symbol of a person trapped behind that very fence, and on this side, the side of the reader, there is a brilliantly vivid butterfly – one of the ultimate symbols of freedom. The beautiful insect seems to gently rest on the bars, almost taunting the prisoner on the other side, mocking and showing how easily it could fly away, how very close it really is and yet still cannot be attained. There is extremely powerful symbolism utilized with this cover which has been expertly used to really drive home the story within the pages and make the potential reader feel for that prisoner. To have a desire for him to escape as much as Henri Charriere wanted to make it out.