Readers and writers acknowledge that any fictitious narrative takes time to finish, whether that means reading or writing END_OF_DOCUMENT_TOKEN_TO_BE_REPLACED

Science fiction and fantasy-focused literature often fall under the “despised, marginal” genre that most readers and writers neglect. END_OF_DOCUMENT_TOKEN_TO_BE_REPLACED

Many famous writers get recognized at some point in their careers. As for Emily Dickinson, one of American END_OF_DOCUMENT_TOKEN_TO_BE_REPLACED

Book Covers from the 80s

Books from this decade were most popular when they were stories of either incredible feats done by ordinary human beings or those that fit snugly in the fantasy genre. It is the human interest in the extraordinary that continues to lead readers to these kinds of books decade after decade, and this particular not only was able to tap into that interest, but used carefully crafted covers to pull readers even closer. 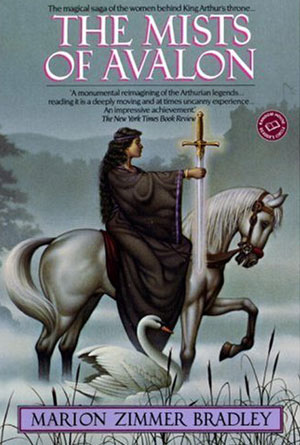 The Mists of Avalon by Marion Zimmer BradleyAvalon has been a source of interest ranging from minor to extreme obsession for centuries. The place of the legendary Arthur and his round table has been the subject for countless stories, movies, pieces of art and doubtless other forms of creative expression. That is why the title on this cover is going to immediately generate interest; because of that age old familiarity with the place of Avalon. After the title has effectively captured attention, the beautifully illustrated picture on the front is going to continue with the job by offering readers a freeze frame caption that has been wonderfully drawn. The white of the elegant horse, the graceful swan and the snowy landscape blend and contrast with one another simultaneously, creating a flowing effect that leads the reader from one part of the cover to another. And then there is the lady rider, darkly contrasting with the rest of the image in her brown attire and making her the intentional focal point. When the reader sees her, they have no choice but to the see the glowing sword that she carries; and those even slightly familiar with Arthur legends will assume that this must be Excalibur, the famous sword wielded by the king. This book tugs at that place inside the reader that has always been fascinated by this legend, even if they have never read anything more than a small blurb in a text book. This brilliant cover makes them want more than that little blurb, and pushes them to open the cover and read the pages. 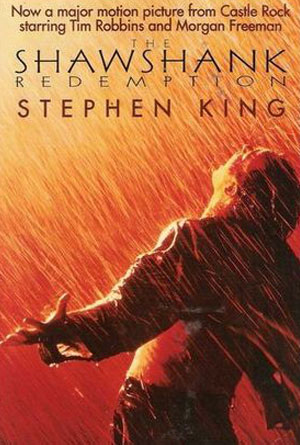 The Shawshank Redemption by Stephen KingAnyone knows that many books have been turned into movies ever since the creation of film. Every successful adaption has meant more positive publicity for both the movie and the book that it borrowed from. This cover uses that success to its advantage with an abundance of written information and then captured moment as the image to really sell itself to the reader. Even though the biggest print is that of the title and author, this information isn’t as important as the smaller print on the very top and very bottom of the cover. The bottom lets readers know that if they enjoyed the novella in Different Seasons, then will certainly enjoy this book as well. The top information is by far the most important and the most effective in gaining readers because it tells them that this story is now a movie. Not only that, but it lists the two main actors, both of which are names that more than likely recognizable. Even if readers don’t know who Tim Robbins is, they will definitely recognize Morgan Freeman, and then their interest has been greatly piqued in this particular novel. The image only adds to the effect of the Hollywood presence by creating a powerful moment in time, forever frozen on this cover. The rain can almost be felt on the reader’s skin as they take in the entirety of the visual’s effect. Overall, Hollywood has an incredible effect on people, and this cover has utilized that effect perfectly. 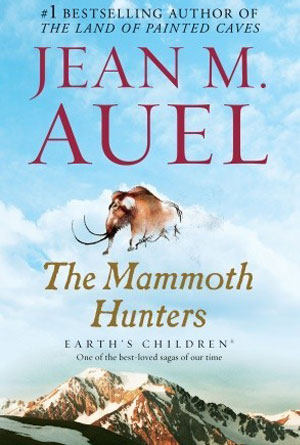 The Mammoth Hunters by Jean M. AuelAs has been discussed, human beings are interested in the past; it involves our history, where we’ve been and what we’ve learned. But nothing is further in the human past than the times when cavemen walked this Earth, and that one simple fact is why this cover is so enticing. Even though the print is large, and the actual images are relatively small with only a mountain and a mammoth to compete with an endless blue sky, this cover makes it abundantly clear what this story will be about, and then relies on human curiosity and fascination to do the rest. The author’s name dominates the largest part of this cover, which is very important for those that are already familiar with her previous books. Since this book is obviously part of a series, the author’s name is going to serve as an eye-catcher for those who have been looking for the next leg of this historical journey. Above her name is the helpful information that this book was not only popular but that the woman who wrote it is a #1 bestselling author. This may not seem important to some readers, but to others, they use this tidbit to recognize the quality of work before they even read the first page, and that will draw them closer. Then there is the title, working harmoniously with the tiny figure right above it, letting readers know exactly what to expect in the pages that follow, and that this will be a story that is far from boring. Any human being on earth could have been on a deer hunt, a boar hunt, or even something more exotic like a lion or tiger, but it is absolutely guaranteed that no one has ever been on a mammoth hunt. It is human nature to have a fierce need to know about our past, and this cover ensures that the story within will satisfy that need. 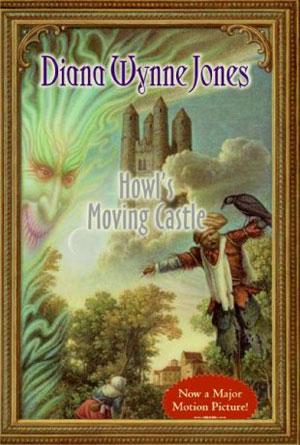 Howl’s Moving Castle by Diana Wynne JonesThere are so many enchanting parts of this cover, it’s actually hard to pinpoint one part that is ultimately the reason for its success because they all blend together perfectly to create an image that reaches out and grabs potential readers. The colors alone are used so fantastically, they just swirl across the cover effortlessly, leaving awe-inspiring images behind: the hag-like woman in the green smoke that borders the left part of the cover; the practically living scarecrow with a bird that is obviously unafraid on the right border; the old woman walking down a dirt path towards a building, but it is unknown if she is heading towards the one on the ground or the enchanting castle in the sky. Each of these individual images no doubt has its own story, but they combine effortlessly to enchant the reader and draw them in, making this cover an expert use of combining separate images into one, like pieces of a puzzle.