Book Covers from the 70s 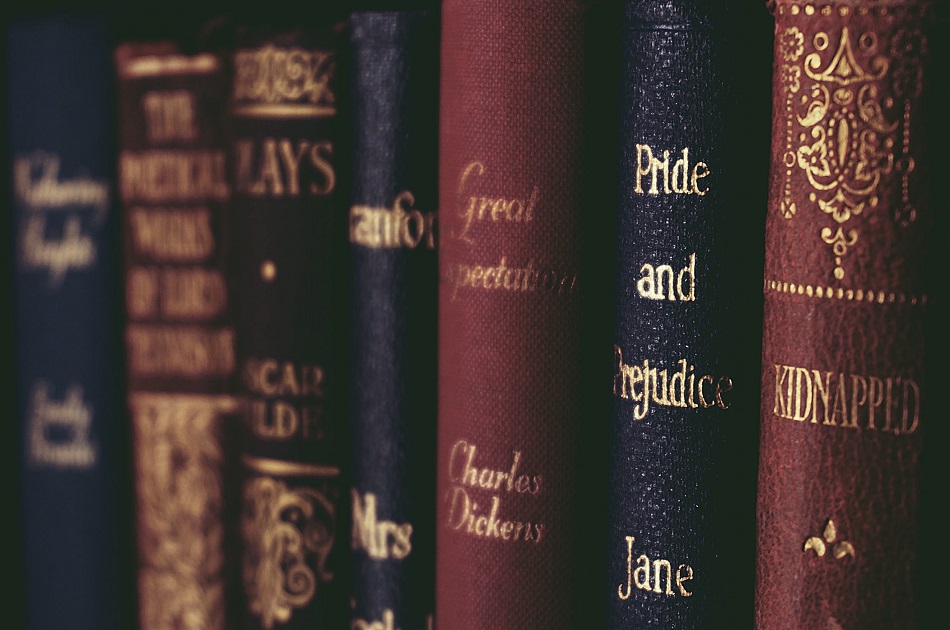 Favorite Book Covers and Stories from the Past

The 1970s seemed to have found a way back to childlike awe and the fascination with the feel-good stories that many people had not seen in a very long time. The popular books of this decade centered on the simple luxury of children’s dreams and stories with happy endings. They targeted the young and the very young at heart, promising good feelings when the last page was turned.

The Neverending Story by Michael Ende

There is such a colorful blend of unique artistic images on this cover that no single one really stands out; instead, they mold together into a beautiful image that is sure to immediately enchant those who pass by. 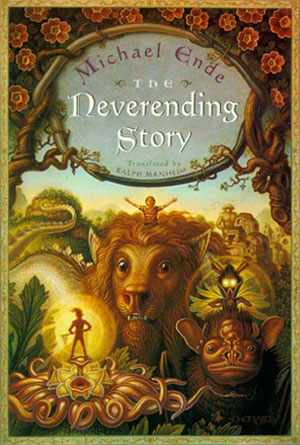 The title is framed by an interesting take on the infinity symbol: two snakes gobbling up one another’s tails in a loop that never ends – just like the title suggests. The fact that one snake is light colored and the other is dark lets the reader know that there will be some kind of conflict between good and evil in this book, but because of the playful, cartoonish characters that decorate the rest of the cover, this will not be a blood battle but one of courage against the odds.
There are so many strange characters sharing this one scene that the reader hardly has time to process one, to try and figure out exactly what it is, before their eye catches the next and the process begins again. Every piece of color on this cover has been dedicated to igniting the imagination and drawing the reader into a story that is sure to last forever in their memory.

The Lorax by Dr. Seuss

Dr. Seuss is a household name in many parts of the world, and if readers have read nothing else by this child-friendly author, they have at least seen his most famous work: The Cat in the Hat. 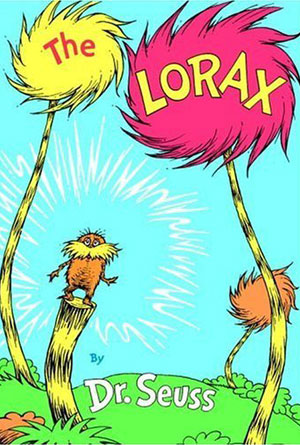 Simply by seeing Dr. Seuss’s name at the bottom, readers already know that this will be a fun and fancy-free kind of book; an entertaining little short story with over-the-top colorful illustrations, fun and interesting characters and a simple story that is sure to bring a smile to any reader’s face.
The great thing about an author this well known is that readers know exactly what to look forward to, and this cover shows that they will not be disappointed. The multi-colored trees and strange little-mustached creature standing on a trunk make it completely impossible to pass by this book without a second glance. Which is why, just like all of Dr. Seuss’s books, this is an attention-grabbing and therefore successful, book cover.

Bridge to Terabithia by Katherine Paterson

Coming of age is a story that every single person on this planet can relate to. Even if every individual story is different, the idea is still the same: as we grow we learn more about the world around us, and how we relate to it and fit into it, and most of the time this is not the easiest of transitions. 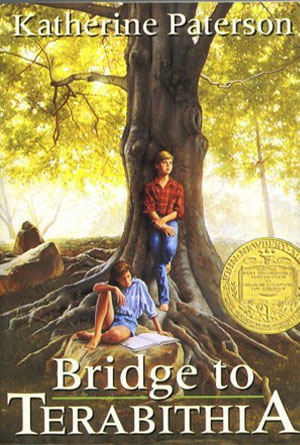 With two older children, bordering on young adulthood, gracing the cover of this book, readers already know that they will be able to relate to this story. When the rest of the image comes into focus: the large and obviously old and gnarled tree that they are leaning against, the green foliage that blocks out the sun, every last inch devoted to nature, readers will also be informed that this is not going to be a stay at home kind of story. It’s going to take them outside, into the forest, where nature rules.
Growing up, my favorite book was The Best Nest by P.D. Eastman. It began as a book chosen because the cover was pink and ended up becoming a daily staple in my household. I can still remember my favorite illustration in it perfectly! #ED212

Two minor details that help to entice the reader to pick this book up is the golden seal, delicately placed on the cover yet out of the way of anything important in the image, letting readers know that this book has won an award; obviously enough people have enjoyed it immensely to bestow such symbol on its cover. The second little detail is the title itself. Though most people will admit that they don’t know every single location on Earth, it’s pretty safe to assume that Terabithia is a fictional place. This gives the reader a hint of magic; that this coming of age story will truly be unlike any other.

The Plague Dogs by Richard Adams

Animals always elicit a specific response in people, one that is usually warm and friendly. Dogs especially are viewed as loyal, loving companions and have long been deemed “man’s best friend” because of these endearing qualities. 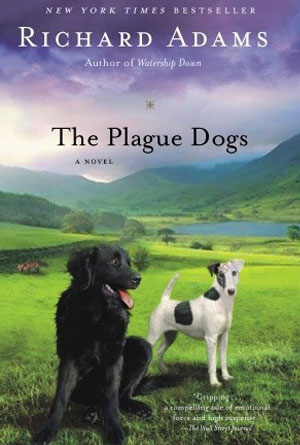 So when the reader sees two adorable dogs on the cover of this book, their immediate response will likely be one that is expected. And then they will see the black letters of the title, standing out drastically against the clouds of a threatening sky and any number of emotions could take over.
The juxtaposition of the word plague with a picture of two lovable canines is something that may cause confusion, shock, misunderstanding, anger, grief…the list could honestly go on and on. But the point is that no matter what the new emotion is, it is guaranteed to cause enough of a stir in the potential reader that they will spend more time with this book instead of simply passing it by.
Putting two things together that seem like they shouldn’t belong is a great way to capture attention. Whether it is two words in the title, two parts of an image or one of each like this cover have done, the jarring effect it has on the reader’s emotion is what will lead to the cover being opened, and the story being told.

Normally strange gray smoke that seems to appear out of nowhere would be cause for alarm, but on this cover, it serves a much different purpose: to immediately grab the attention of the reader in two different ways. 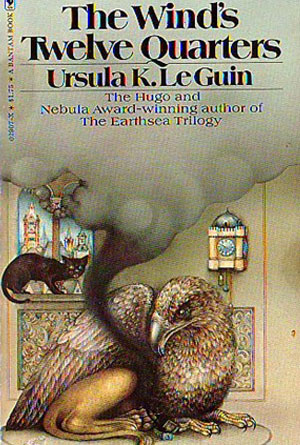 The first is that it lights at it comes to the top, allowing the black letters of the title to more easily be seen, as well as the author’s name and the information that she is an award-winning writer and has also written another trilogy. This lets the reader know that if they have read The Earthsea Trilogy, and liked it, they are likely to enjoy this book as well. If they haven’t read the trilogy, and in fact have never even read anything by this particular author, it gives them something else to pick up when they finish this book.
Now, the second way that the mysterious smoke is attention-grabbing is the fact that at its thinnest and closest to its source, it passes directly in front of a creature that is straight out of myth and legend: the griffin. An elegant, regal animal, the Griffin has long held a place in mythologies and ancient stories, and its presence on this cover helps to convey the message of the magic of wonder that must be held within these pages, over to the reader.
The fact that this creature seems to be sitting quietly indoors somewhere, obviously upsetting the household cat in the background, increases this cover’s hold on the reader and really pushes them to open the cover and find out what the book has to offer.

Watch this Video for more on Book Covers

In the world of notebooks, spiral notebooks never go out of style. Despite the existence of digital notebooks, END_OF_DOCUMENT_TOKEN_TO_BE_REPLACED

As an author or publisher, you’re accustomed to using the power of words to captivate your audience’s interest. END_OF_DOCUMENT_TOKEN_TO_BE_REPLACED

An electronic device that embraces portability and functionality, that’s what defines iPads in our world today. They’re a END_OF_DOCUMENT_TOKEN_TO_BE_REPLACED

If you’re looking for a cost-efficient solution for your print projects, you’d want to try publishing your content END_OF_DOCUMENT_TOKEN_TO_BE_REPLACED