One unique part of fiction is that it is flexible due to the use of imagination. So, authors keep exploring various genres of fiction, and numerous sub-genres arise from them. 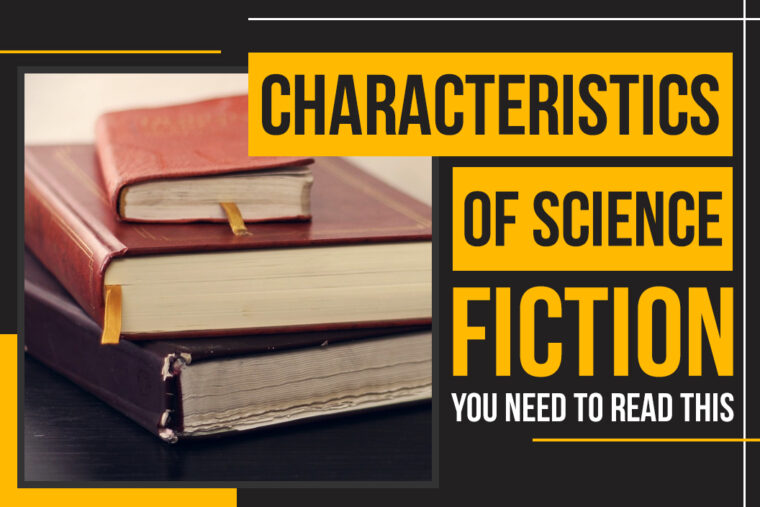 Science fiction is a type of genre. It depends on speculation. However, it doesn’t satisfy curiosity by the wave of a magic wand, but by technology. Like other fiction stories, science fiction has boundaries that keep stretching due to authors’ imaginations.

In this article, you’ll understand the characteristics of science fiction, including how to write it effectively.

Similar pattern: Sometimes, you’ll know from the introduction of the story if it’ll be different from reality or not. The plot can focus on scientific or biological issues and concepts. Also, it often comprises social commentaries. It can depend on how we see each other in our societies and other social problems.

Presence of characters that don’t exist: Sometimes, the characters are human that face scientific situations. However, the characters may not also be humans. They may include aliens, machines, mutants, and other extraterrestrial beings.

Future or space setting: Science fiction is usually in a future or out-of-the-world environment where science and technology are beyond what is available now. They involve imagination, so anything is possible. It moves the reader’s mind to an environment that is beyond this world.

Sometimes, it consists of ideas that are not in the timeframe that they appear. In this case, the author may use scientific notions that don’t exist or speculate scientific advancements.

Adhere to scientific laws: Some scientific laws enhance readers understanding of science fiction stories. So, even if the story is outside this planet, they are usually maintained. Therefore, you’ll have to do prior research to use such laws effectively. However, some concepts may be imaginary.

Ability to be progressive: Older science fiction is improving over time directly or indirectly by recent authors. For instance, an author may write a story on time travel and still use features that another author created. It may become a feature of time traveling in similar stories.

Opportunity to aid innovation: Science fiction can help create a solid foundation for innovation in our society. For example, if a story contains some unrealistic scientific basis that can be useful, it may lead to inventing similar innovations in reality.

Make scientific concepts interesting: Science fiction boasts scientific interpretations that can be complex. But that’s what makes them seem more exciting than they are. It might not be easy to understand some concepts like quantum physics. Nevertheless, some science fiction stories make it easy and entertaining.

Science fiction is generally known as hard or soft. Now let’s find out the various genres under it.

Soft science fiction: It focuses on social issues like social change and psychology, though it usually uses technology to solve issues. An example of a writer in this sub-genre includes Ursula K. Le Guin.

Science fiction has numerous sub-genres, and many are still coming up. But the common ones include:

Plot: Plot is what takes place in your story. Its purpose is to portray the character’s behavior and skills that the hero possesses to equip him or her for the climax. Sometimes, the plot in science fiction tends to give truth to false beliefs.

It consists of a moment that poses a problem that the character solves in the course of the story. However, it has a turning point where the protagonist faces the problem. The outcome of the turning point determines how the story ends.

Character: The story revolves around your main character. The character should have a strong presence in the story. That is, a lot of events should be centered on him or her. The character’s attributes must be detailed enough for the reader to know how he or she thinks.

Furthermore, the protagonist should not always win and should have flaws. You can make the story more thrilling by giving the character a secret. Indicating his painful past can attract the support of readers.

Setting: The best way to work on it is to create it just like you would a character. That’s because you’ve explored so many conflicts and thoughts for your character. You know their values and behaviors.

In that same way, the setting should have a specific description. For instance, it can be automated roads connecting different planets. It should also be able to evolve and come to life for your readers.

Use all five senses to describe your setting. This might include what your character sees, feels, smells, tastes, and hears.

Conflict: There’s no story without a problem. Start with a primary one though there may be other problems within the story.

It should also feel too big for your character. For instance, something the protagonist is struggling to get or a problem he or she is having challenges solving.

Theme: It should be what you want your readers to think about after reading your book. Make your protagonist meet situations that will show the theme. And balance it in each storyline.

At times, you can decide to use multiple themes in your story. You can start the story to convey the central theme, but you can add other ones as the story progresses. Be flexible by using them such that they’re not limited to the normal ones.

Point of view: Choose a point of narration. Writing the story from the view of one or a few characters makes it easier to grasp. So, decide if you want to focus on the view of one character or create the experience of various points of view.

A limited third-person allows your reader to get how your protagonist feels or thinks. On the other hand, an omniscient third-person helps them see how any character in your story feels and thinks.

Have a basic grasp of science: If you’re writing a novel that takes an existing science discovery to another level, you need to know the actual discovery. However, proper knowledge of science and technology will prove helpful.

Be consistent: It’s essential to be consistent even when you’re writing a series. Your characters or the world can change and improve. But maintain the rules and make them constant. For instance, if a disease is contagious by touch from chapter 1, don’t write it in chapter 4 that it’s not. If any change occurs, put a story behind it, so there will be a reason for it.

Read other similar novels: Like various types of writing, you learn more about writing science fiction when you read other related works. Don’t just focus on popular science fiction, but also less popular ones.

However, you don’t rely on them while writing or developing your writing style, as this will make your science fiction unique.

Let it appear and feel real: You’re writing about a possibility that doesn’t exist except in your imagination. But ensure your readers can relate to it. Keep in mind that how you present your story and describe the character or setting will determine your readers’ feelings. If done properly, it will make your readers feel like they are there.

Create an exciting world: This is one of the vital parts of writing science fiction. The details about your world should flow from the reason behind your story to reflect your view of the real world.

Don’t let it be only about science: A good science fiction is not only about science. Its focus should be on the characters. Your readers might not understand complex science jargon. So let the character be able to draw them to the story. They should have human qualities like fears, hope, and wants, even if they’re not human beings.

The characteristics of science fiction are what make it different from other fiction stories. So, if you’re writing one, be flexible even when you stick to a particular sub-genre. If you’re flexible, your story will be unique.