A red book cover is tricky when it comes to being used successfully. Red is such a common color, often seen in and out of nature, that in order to make it useful as an attention grabbing tool, it has to be used in a truly unique way. But, if that unique approach can be found, red can be a great color for novel covers. 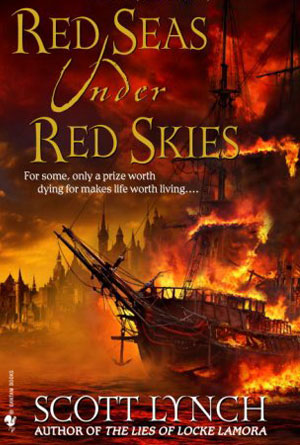 Red Seas Under Red Skies by Scott LynchRed is instantaneously associated with fire, and this cover has used that mental association to its advantage. The cover itself seems as if it is caught in flames as they flicker from top to bottom. The title adds to the bridge between color and symbolism, putting into words the stunning scene that has been placed on this cover. The waters below reflect the flames and the skies above are drowning in red haze from the smoke. Fire creates an instant reaction in anyone that sees it, whether they see it in person, on a screen, or simply frozen in a picture like this cover. It is that reaction to this red object that makes this cover so successful. 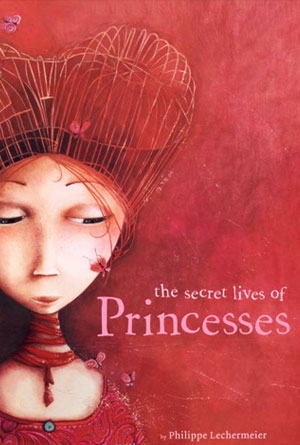 The Secret Lives of Princesses By Philippe IechermeierThis is a playful use of the color red that creates an enchanting image, perfect for captivating passing readers. Young or old, people that see this cover will be instantly charmed by the illustrated girl with the strange hat, in front of playful red background. Even the girl’s neck is covered in a red ribbon, part of an outfit that readers can only guess at, until they open the cover and find out. The white lettering of the first part of the title stands out slightly, as does the gold of the “Princesses”, leaving the red cover to do all the talking. This is a wonderful cover that uses red in a truly unique way to instantly capture the attention, if not the hearts, of those passing by. 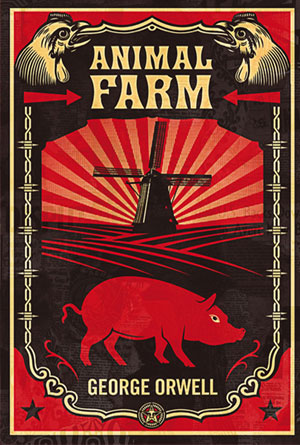 Animal Farm by George OrwellHere is a classic novel that has lasted the test of time. For readers old and new, the blunt symbolism of the color red used with this novel has been expertly drawn into memorable images that will reach out and grab readers, reminding them or telling them what the novel’s theme is before they even read the first page. Red has long been associated with communism, and for those familiar with this novel, they know that it is a biting satire about the idea of communism using animals as vessels to portray the author’s message. The red dominates the cover from the background of the frame, to the sky, the ground and even the pig itself, truly demonstrating how important this color, and therefore this idea, is within the following pages. This red book cover is a perfect example of using familiar symbolism to really grab the attention of readers. 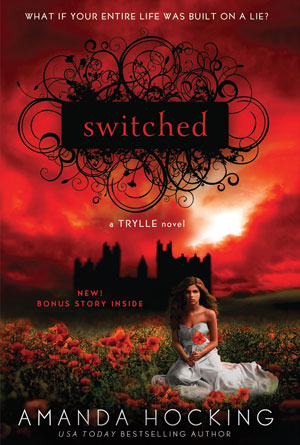 Switched by Amanda HockingRed is a familiar color but when it is used in an unfamiliar way, it becomes a useful tool for catching someone’s attention. This cover is a great example; by using red to color the sky in the image on this cover, it immediately becomes eye-catching to those passing by. Skies can be blue, gray or even white with enough clouds, but never has a true red sky been seen in nature. It is the strangeness of the image that draws people in. And when they take a closer look, they are further captivated by the little details on the cover, like the field of red blossoming flowers, or the girl dressed in white, sitting among them. The black shadow of a castle looms against the red sky in the background and creates even more interest. This is a stunning image, expertly crafted to grab onto the reader’s attention and not let go. 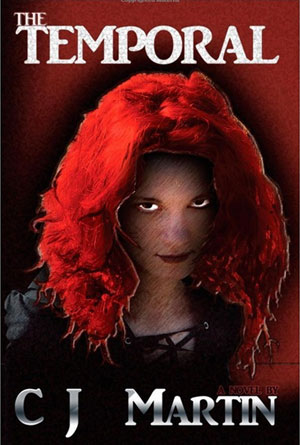 Temporal by CJ MartinThe thing that stands out most on this cover is the fiery red hair of the woman. Even against the dark red background, her hair stands out and really grabs the attention of a passing reader. The girl’s face is fading into the shadows, and her features are indistinct, further elaborating her hair. The dark red of the background also provides a great contrast for the white letters of the title and the metallic grey of the author; but they still seem to only frame the eye-catching red hair. This is a great example of using a mesmerizing focal point to create the attention that a cover demands.
Previous
Next

In the world of notebooks, spiral notebooks never go out of style. Despite the existence of digital notebooks, END_OF_DOCUMENT_TOKEN_TO_BE_REPLACED

As an author or publisher, you’re accustomed to using the power of words to captivate your audience’s interest. END_OF_DOCUMENT_TOKEN_TO_BE_REPLACED

An electronic device that embraces portability and functionality, that’s what defines iPads in our world today. They’re a END_OF_DOCUMENT_TOKEN_TO_BE_REPLACED

If you’re looking for a cost-efficient solution for your print projects, you’d want to try publishing your content END_OF_DOCUMENT_TOKEN_TO_BE_REPLACED