This guest post was written by J.B. Hawker.  J.B. has authored ten novels, a book of inspiration for women’s ministry leaders, and many inspirational articles and programming materials. She is an inspirational speaker and writes a weekly Christian blog, Power Walking with Jonna.

Reviews are both the bane and blessing of a writer. One book can receive both glowing and scathing reviews, while the Amazon ranking and visibility of the book rise and fall, accordingly.

Amazon has made efforts to improve the review process, but it remains fairly iffy.

A survey on a Facebook readers’ group asked readers what the three stars in a review meant to them. The responses showed exactly how inexact the review process is. About half the respondents said three stars meant, “Okay” or “Average” and anything less was a stinker.

The other half said three stars was a bad review, four stars was average, and a five star rating was reserved for a really outstanding book. Quite a few of those surveyed admitted they only give good reviews, further skewing the average.

Like many independent authors, I was naive about the publishing and marketing world. I believed when an author wrote a book, if it was published and got good reviews, it meant success was right around the corner. (Great American novel…or at least great American cozy, here I come!)

However, after publishing several novels, all getting pretty decent reviews, and finally dipping my toe into promotion and marketing, my fantasy bubble has well and truly burst. Sure, there are a few lucky authors whose writing careers took off the way I’d ignorantly imagined, but most of us must scramble frantically simply to get our books noticed and begin to build a reader base.

Like many independent authors, I was naive about the publishing and marketing world.J.B. Hawker

I was also dismayed at some of the ways being used to get reviews and push good ones to the top of the list. I had foolishly assumed, after the first few reviews from the author’s friends and family, the rest were authentically from readers who cared enough about a book to post a critique. Imagine my surprise to see a nasty “revenge” review of a friend’s book, after she had given an honest, but unflattering, review of another author’s work. Who does that?

It is wise to keep in mind, too, there are people who feel compelled to give negative reviews. Like the little boy who never spoke until he was served cold soup, they only speak to complain.

All of this is to say that authors and readers alike should not put too much faith in the average star rating of a book. I’d suggest disregarding the best and worst of the reviews and letting the book description and sample pages be your guide. 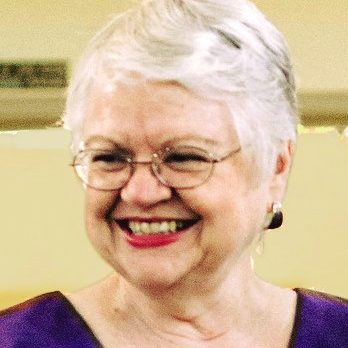 J.B. Hawker is a Christian writer and author of eleven books.

She received B.R.A.G. Medallion awards for both Hollow and Vain Pursuits,  the first two books in her Bunny Elder Christian thriller series which also includes Seadrift and …and Something Blue. This series follows a pastor’s widow from the brutal death of her husband at the hands of a serial killer through pursuit by Italiansmugglers in Naples and human traffickers on the Oregon coast, to capture by Somali pirates in the Indian Ocean.

Her second series, The First Ladies Club features the adventures of a support group of pastor’s wives in a small town on the Oregon coast, each of the three books highlights a different member of the club.