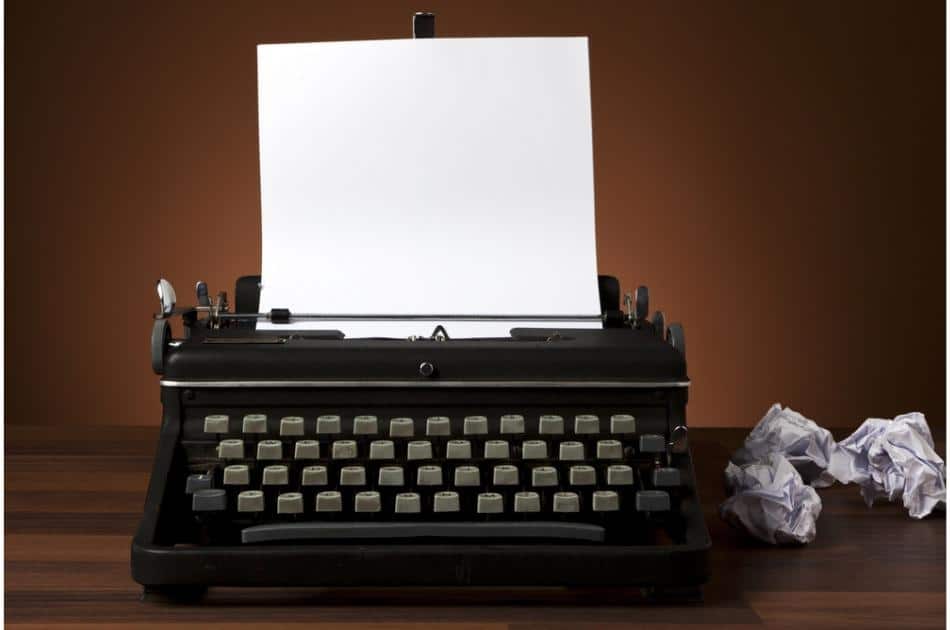 by CJ McDaniel // March 30 // 0 Comments
This guest post was written by Stephanie O’Brien. Stephanie O’Brien is a lifelong fiction author who loves experimenting with different genres, subverting common clichés and tropes, and picking stories apart to see what makes them work and how they could be better. Check out his website here!

Multi-tasking has become a part of our work culture and what’s even harder is when you are juggling multiple writing projects and no inspiration or creative ideas are flowing in your mind.

Some lucky people get inspiration for one book at one time and can concentrate on that book with laser focus until it’s done and ready to publish.

At least, I’m assuming they’re out there. I’ve never personally met one.

What I HAVE often met are writers who keep getting inspiration for new projects. They start with a writing process by writing or outlining them in a fit of enthusiasm, and either losing momentum or getting distracted by the next shiny idea, leaving a sad miniature Everest of half-finished stories in their wake.

I’ve personally straddled a line between the two extremes for several years.

The Writing Projects I Am Proud Of

Over time, I have at LEAST fifteen novels in various stages of conception, outlining, to short stories, or even near-completion and Heaven help that last category when it comes time to polish those teenhood efforts up to meet my current literary standards.

I also have a large array of half-finished art pieces sitting on my computer, awaiting the time and day when the fickle fairy of inspiration that led to their birth decides to turn its face toward them again. And that’s not even counting all the fanfiction I’ve thought of but never written and my idea of collaborative writing with other group members of writers!

And yet, I’ve self-published four novels in less than five years time and have been producing pages for my webcomic at a fairly steady pace for over a year.

Managing Through My Writing Projects

How do I complete multiple projects in time, when I clearly have some of the same Attention Deficit Ooh Shiny tendencies that plague so many authors?

The answer is simple in theory but takes some strategy to put into practice.

That answer is: As a writer, I have one primary project that I focus on until it’s complete, but I work on the other projects whenever I have inspiration for them.

How To Balance A Primary Project And Your Shiny Side Projects

If you choose to implement this strategy, it’s likely that a few questions will come up, so I’ll take a minute to answer them here:

Personally, when I finish the main project and am choosing its successor, I use two criteria:

a. Which project do I currently feel the most inspired by and passionate about?

b. Which project do I currently have the most data for?

Criteria A is the more important one. If you’re absolutely in love with a story, you’ll have more fun working on it in the course of time, be more motivated to work on it consistently and do better work than you would if your heart wasn’t in it.

But if you are a writer and have several collections of notes, disjointed scenes, or other assorted story scraps from blog posts, and you’re equally in love with all of them, you might as well focus on the tale that you’ve fleshed out the most, and that is already the closest to completion.

Should I forbid myself from working on my other projects until I’ve made ‘enough’ progress on my primary story?

HECK NO. When you have inspiration, write it down.

I’ve had times when I thought of a poignant, detailed and beautiful scene, but refused to actually write it until I reached that part of the book.

By the time I went to write it, the magic and emotion had faded, I’d forgotten most of the things I wanted the characters to say, and what had once been a beautiful and heart-gripping scene had gone blander and staler than bread left to dry in a cupboard.

I was so. Freaking. Mad.

Now, when I have inspiration for a scene or conversation, even if it isn’t in my primary project, I write, create and spend time as much as I can think of.

Even if I don’t have the whole scene, or I’m not sure how one part of the conversation will lead to another part I want to include, I write the parts I DO have before they can disappear.

Don’t ignore your inspiration in favor of forcing yourself to work exclusively on one project. If you do, you’ll lose a lot of great ideas, and you’ll start to resent the story you’re writing in time.

To make matters worse, your readers will probably pick up on that resentment, and love the book less as a result.

3. How To Make Progress

How do you keep making progress on your primary project when you’re doing other projects on the side?

By falling back on the old writing principle: a little bit of progress is better than none.

If you’re feeling super inspired by one of your side projects, and you hammer out 2,000 words in that project in one day, great!

But if you ever want your main project to be finished, you need to use some self-discipline and make yourself to do at least a bit of work on it, preferably every day in a week to have a good final product.

Don’t ignore your inspiration in favor of forcing yourself to work exclusively on one project.
-Stephanie O'Brien

How do you work on your primary project when you’re feeling uninspired?

On the days when I’ve yet to make any progress on my main project, and I just don’t feel like it, I’ve found it helpful to tell myself, “I’ll just start writing, and type out as much as I can think of at the moment.

“I can go back and edit it later, but even if all I accomplish today is to write 100 crappy words, that’s 100 words that I wouldn’t have written otherwise, and that is no longer standing there as a roadblock to me writing other words.”

As a writer, if you really aren’t feeling the scene you’re currently working on, remember: there’s no law stating that you HAVE to write the scenes in order.

If you have more ideas for a scene later in the book than you do for the one that’s up next in the plot, you can write that later scene now and come back to the current one when you’re feeling more inspired.

Another tactic is to switch POV characters. If your current viewpoint character’s perceptions are boring you, ask yourself which nearby character might have a more interesting take on the situation.

What if you just can’t bring yourself to write?

Even having a framework of “this, this and that has to happen in this scene in order for the plot to move forward and future events to be plausible” is progress, and it will help you to write more easily the next day because you know what you need to write about.

You may even find that outlining turns into full-fledged writing.

As you list the things that need to happen, you might start to think of events or dialogue that could fill the gaps between those things as you progress over time. As you think of them, you can add them in, and next thing you know, the scene is all but written.

How to balance multiple writing projects and how to stay focused when new ideas keep popping into your head.

When it comes to getting the main project done while you tinker with other side projects, a lot of my advice could be boiled down to this:

Go with the flow of your inspiration, but when inspiration goes AWOL, use determination and self-discipline as a substitute, and keep working on it bit by bit until you get it done.

Managing multiple projects in writing is never easy. I hope you can manage yours by trying out some of these methods, and I think it is definitely possible to juggle multiple writing projects.

Stephanie O’Brien is a lifelong fiction author who loves experimenting with different genres, subverting common clichés and tropes, and picking stories apart to see what makes them work and how they could be better.

To see more writing tips, as well as Stephanie’s novels, comics and music videos, visit her website at http://www.stephanieobrienbooks.com/

Dr. Seuss’s books are known for their quirky characters, rhymes, and illustrations. However, the book covers are still END_OF_DOCUMENT_TOKEN_TO_BE_REPLACED

In a world bombarded with images and messages from all sides, it’s no wonder that book covers have END_OF_DOCUMENT_TOKEN_TO_BE_REPLACED

Funny novels are sometimes hard to write because humor differs from person to person. For a humorous book END_OF_DOCUMENT_TOKEN_TO_BE_REPLACED