by CJ McDaniel // August 8 // 0 Comments
This guest post was written by Sylvie Stewart. Sylvie Stewart is an award-winning author of romantic comedy and contemporary romance. You can find out more about Sylvie and her books at www.sylviestewartauthor.com

Getting your readers to laugh and fall in love at the same time requires a delicate balance, not a sledgehammer. A successful romantic comedy novel utilizes keen wit while drawing on the full gamut of emotions—and that’s where things get tough. How do you write a compelling story the reader will remember, with a backbone of humor that will have them laughing out loud when they turn that last page?

Good dialogue usually involves some conflict that needs resolving and what better way to stir the conflict than injecting it with humor?
-Sylvie Stewart 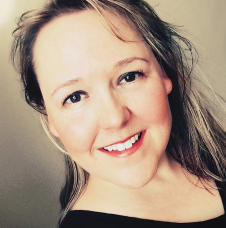 Award-winning author Sylvie Stewart is addicted to Romantic Comedy and Contemporary Romance, and she’s not looking for a cure. She hails from the great state of North Carolina, so it’s no surprise that her books are all set in the Tar Heel state. She’s a wife to a hilarious dude and mommy to nine-year-old twin boys who tend to take after their father in every way. Sylvie often wonders if they’re actually hers, but then she remembers being a human incubator for a gazillion months. Ah, good times.

Sylvie began publishing when her kids started elementary school, and she loves sharing her stories with readers and hopefully making them laugh and swoon a bit along the way. If she’s not in her comfy green writing chair, she’s probably camping or kayaking with her family or having a glass of wine while binge-watching Hulu. Or she’s been kidnapped—so what are you doing just sitting there?!!

In the world of notebooks, spiral notebooks never go out of style. Despite the existence of digital notebooks, END_OF_DOCUMENT_TOKEN_TO_BE_REPLACED

As an author or publisher, you’re accustomed to using the power of words to captivate your audience’s interest. END_OF_DOCUMENT_TOKEN_TO_BE_REPLACED

An electronic device that embraces portability and functionality, that’s what defines iPads in our world today. They’re a END_OF_DOCUMENT_TOKEN_TO_BE_REPLACED

If you’re looking for a cost-efficient solution for your print projects, you’d want to try publishing your content END_OF_DOCUMENT_TOKEN_TO_BE_REPLACED