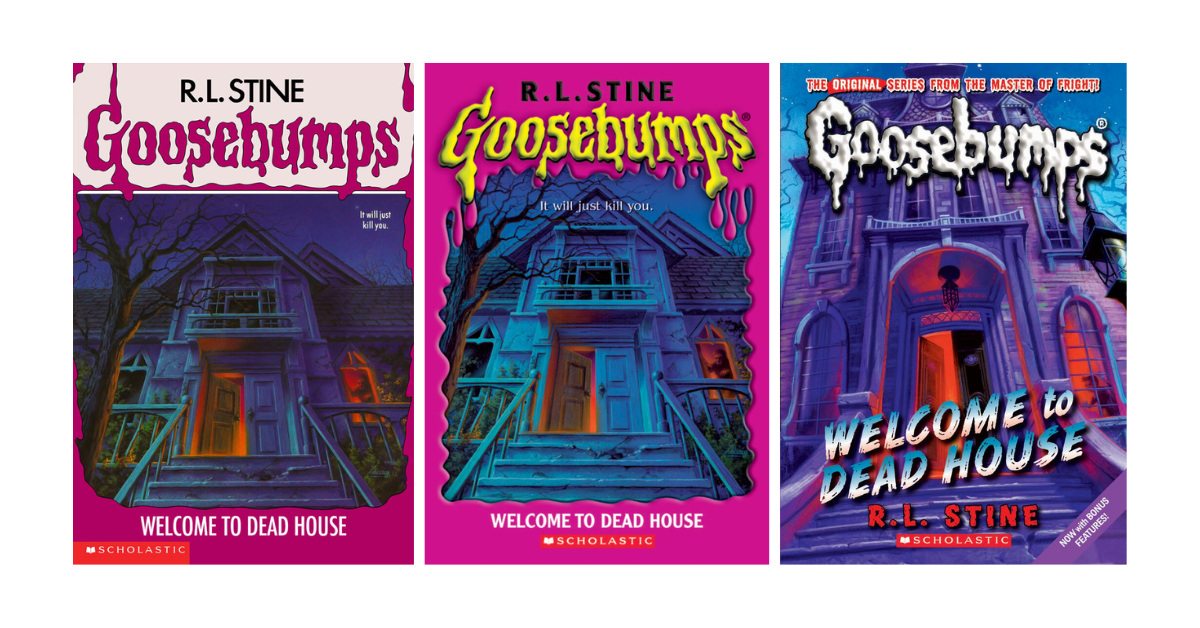 Since 1992, Goosebumps books have been gracing the shelves of bookstores and libraries everywhere. The Goosebumps series has been incredibly successful, selling over 400 million copies worldwide. Part of the success of the Goosebumps series comes from the compelling book covers each book in the series had.

Goosebumps Book Covers Through The Years

Speaking of book covers, those of the Goosebumps series are some of the most iconic and well-recognized in children’s literature. They often catch a child’s eye when browsing through a bookstore or library, making them want to pick up the book and read it. The artwork on the covers is usually very eye-catching and suspenseful, featuring different creatures that will send a shiver down your spine.

No matter your favorite Goosebumps book, there’s no denying that these covers are some of the most memorable in children’s horror fiction. There are several versions made through the years with different illustrators involved from time to time. Despite the visible differences in style and art direction, the book covers for the Goosebumps series retained its unique and spooky theme.

Hence, we’ve curated a list of cover artworks created by various artists for the book covers of the Goosebumps series over the years.

Tim Jacobus illustrated most of the original cover artwork for the Goosebumps book series, starting in 1992. The Goosebumps covers Jacobus created depict cartoonish scenes using traditional painting techniques and ultra-saturated color combinations that he tried not to repeat throughout his work with the series. The provocative artwork did a great job delivering the book’s genre and appealed to the book’s target audiences.

As for the border, the original series consistently use a slime-like design for the frame that flows and connects with the “Goosebumps” title, completing the eerie feel.

Meanwhile, Jim Thiesen illustrated the artwork for the second book in the original series, “Stay Out of the Basement,” while Stanislaw Fernandes did the cover art for “Be Careful What You Wish For…” in 1993.

Only fifty-seven books out of sixty-two in the Goosebumps series have a reprinted version, released from 2003 to 2007. This version has a more prominent frame than the original, enveloping the author’s name, the “Goosebumps” text, and the title. Although there are changes in the colors and some of the taglines used in this version, the series’ redesigned cover retains its spooky feel.

Tim Jacobus, who illustrated the original version, created the cover artwork for two books he didn’t previously make, “Stay Out of the Basement” in 2003 and “Be Careful What You Wish For…” in 2005.

American cover artist, Brandon Dorman, illustrated the artwork for the Classic Goosebumps, a series of reprints released from 2008 to 2011, 2015, and 2018. Following Dorman’s art direction, this series’s artwork feature digital fantasy-like illustrations. While some artwork drew inspiration from Jacobus’ original artwork, Dorman’s art style made this version vastly different from the original series.

The slime-like frame no longer appears in the artwork in these reprints to give a larger display for the illustrations. The “Goosebumps” text, previously green, is now white. Although much has changed, the cover artwork in this series still oozes that uncanny and sinister feel.

Only thirty-two books from the original series were in this edition.

Goosebumps is a series of horror fiction novels by American author R. L. Stine, mainly aimed at children and young adults. The series consists of 62 books published between 1992 and 1997, following the adventures of various characters in scary situations, usually involving supernatural elements, including ghosts, vampires, werewolves, zombies, and other creatures. The books are perfect for young readers who are looking for a scare. They are also great for reluctant readers, as the fast-paced stories are easy to follow. The series has been so successful that it has spawned a television series, spin-off series, and a line of merchandise.

If you love being scared, then you’ll love Goosebumps! These books are sure to give you goosebumps, regardless of your age. Yet beware, once you start reading, you may not be able to stop!

Here is a list of all the Goosebumps books in order:

The spooky covers and spine-tingling titles contributed significantly to the series’ popularity, and even glancing at the cover artwork will surely give you goosebumps! No wonder the book covers of the Goosebumps books are some of the most iconic in children’s literature!

An Insight to the Goosebumps Book Series

Goosebumps books are a series of children’s horror fiction novels consisting of 62 books, all of which R.L. Stine wrote. The series began in 1992 with Welcome to Dead House and ended in 1997 with Monster Blood IV.

The Goosebumps books feature characters in scary situations, usually involving ghosts, monsters, and other supernatural creatures. The books cater to young readers aged 10-14, typically marketed as “horror” stories. However, they often contain elements of comedy and suspense and are not particularly graphic or violent.

The Goosebumps book covers are one of the most iconic aspects of the series. They are colorful with the right amount of creepiness, enough to depict the series’ theme. The covers are also one of the main reasons why the series became famous not only to its target audience. They are eye-catching and often help to set the tone for the book, an excellent example for aspiring authors who want to put a name for themselves in the same genre.

Regardless of whether you find them scary, there is no denying that the Goosebumps book covers are some of the most iconic in children’s literature.

Are you seeking more inspiration for your latest or upcoming Book Cover design? Find our Book Cover Ideas Blog here.

Dr. Seuss’s books are known for their quirky characters, rhymes, and illustrations. However, the book covers are still END_OF_DOCUMENT_TOKEN_TO_BE_REPLACED

In a world bombarded with images and messages from all sides, it’s no wonder that book covers have END_OF_DOCUMENT_TOKEN_TO_BE_REPLACED

Funny novels are sometimes hard to write because humor differs from person to person. For a humorous book END_OF_DOCUMENT_TOKEN_TO_BE_REPLACED