From pirates and treasure hunts to full fledge sea battle scenes Ocean Adventure books are always exciting reads. With so many to great books to choose from a cover has to really hold it’s weight to do well in this genre. Below are six ocean adventure book covers that stood out to us. 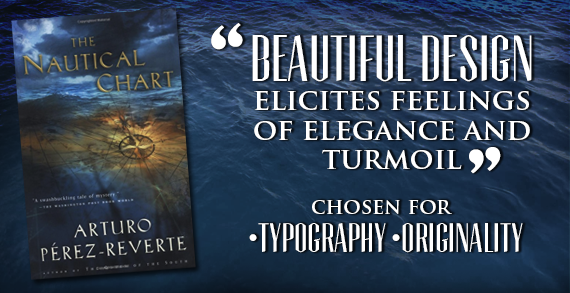 1. The Nautical Chart by Arturo Perez-Reverte

The Nautical Chart, has a beautiful design that elicits feelings of elegance and turmoil. Despite the potential of losing detail as a smaller thumbnail, this cover really delivers both a sense of turmoil and hope.

Two of the great design features of this book are its:

Originality– This cover uniquely blends a depressing large body of water with an island, a treasure map, and a compass to elicit a sense of excitement and possible riches, creating an original and creative cover.

Typography– The gold embossed title text was a perfect choice for this cover. It alludes to the treasure being sought and ties in with the warmer colors of the compass. 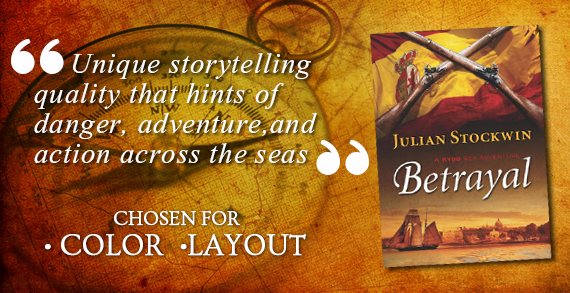 Betrayal: A Kydd Sea Adventure’s cover tells a tale of war and battles for home and country.  The design has a unique storytelling quality that hints of danger, adventure, and action across the seas.

Two great features about this cover’s design are:

Realism – The guns and flag above the image of the ship in the sea and the city in the backdrop gives a very real feeling of war and violence over territory.  The sunset setting of the ship and city portion of the design helps to further visualize the scene.

Typography – The style and font of the type fit well with the overall design.  They complement the cover design in color, and fit perfectly within the transitional space between the guns and flag and the ship and city image. 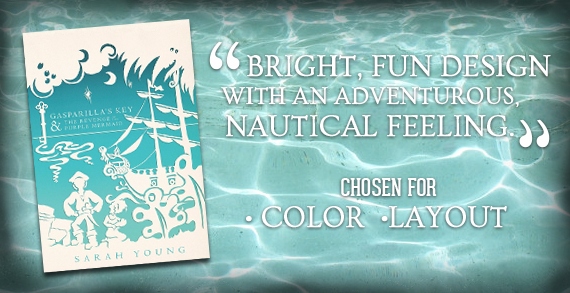 3. Gasparilla’s Key & the Revenge of the Purple Mermaid by Sarah Young

Gasparilla’s Key & the Revenge of the Purple Mermaid has a bright, fun design with a nautical, adventurous feeling.  The typography is a bit light and thin, though it fits in naturally with the design.

Two wonderful design features about this book’s cover are:

Color – The oceanic blue gradient background is a wonderful choice for the cover, and instantly reminds you of the ocean.  The blue is a perfect backdrop to the bold white artwork representing people and objects, such as the ship.

Layout – The design layout fits naturally perfect with the book’s title by emphasizing placement of subtle clues and hints to the mystery behind the adventure.  You see people, a ship, and a key, which are all pieces to the puzzle inside the book. 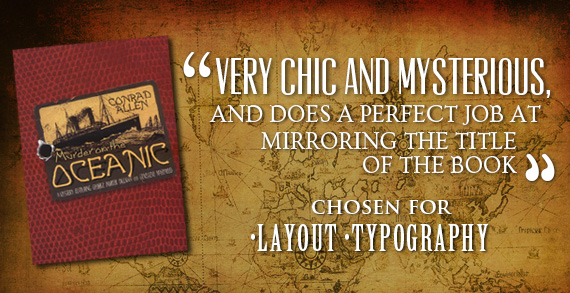 Murder on the Oceanic: A Mystery’s cover design is very chic and mysterious, and does a perfect job in mirroring the title of the book.  One thing you’ll know for sure when you look at this cover is that someone was indeed murdered on the Oceanic – with a tell-tale bullet-hole to prove it.

Two great features about this book’s cover design are:

Layout – The textured look and design of this cover gives it a 3D effect.  The snakeskin patterned background, the tattered looking card in the middle containing the title, and the bullet-hole all give the cover all seem to be clues that are a part of the book’s mystery.

Typography – The typography fits the cover design perfectly with a natural oceanic look and feel.  The font gives the cover a rustic appearance, naturally blending with the cover’s theme. 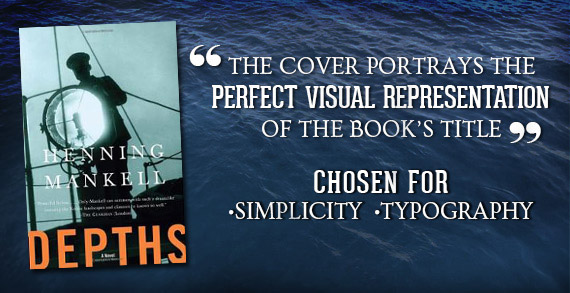 Depths’ cover is simply an image of the deep blue seas, with mountainous shadows in the background.  Though it gives no other hints toward what this book is about, the cover portrays the perfect visual representation of the book’s title – instantly giving the feeling of being out in the furthest depths of the ocean.

Two wonderful features of this cover design are:

Simplicity – This cover design is a straight-forward and simple depiction of the book’s title, Depths.  The angle of the ocean depicted and the waves provide the feeling of being deep in the ocean.

Typography – The size of the type is complementary to the cover, non-obstructive to the design, and large enough to be seen from a distance.  The white color chosen for the text is a good complement to the blues and grays in the background image. 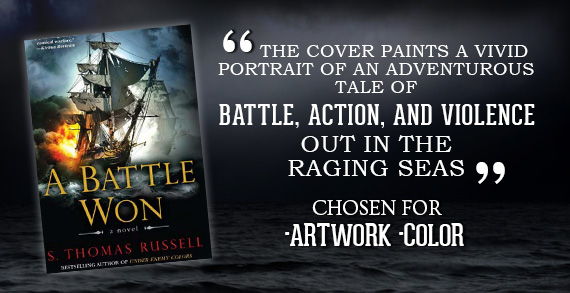 The cover paints a vivid portrait of an adventurous tale of battle, action, and violence out in the raging seas.

Artwork – The artwork of this cover vividly displays a dark battle scene will vibrant detail.  The fire and smoke on the burning ship, the skies and clouds, and the dark seas bring the cover to life, and take you to the nautical battlefield.

Color – The color scheme chosen for this cover design fits well with the title and overall them of the book.  Black, dark grays, different shades of blues, and oranges give the feeling of battle, war, and dark times – which are all feelings that can be experienced as a result of war.