When it comes to versatility, it’s impossible to rule out Rod Serling’s name in the list. He was END_OF_DOCUMENT_TOKEN_TO_BE_REPLACED

Have you ever read the book or watched the movie “Stuart Little” and “Charlotte’s Web”? The person behind END_OF_DOCUMENT_TOKEN_TO_BE_REPLACED

A man of strong opinions—that’s what best describes writer, journalist, and critic George Orwell. What made him exceptional END_OF_DOCUMENT_TOKEN_TO_BE_REPLACED

Color is a great tool when it comes to attracting the curiosity of children, and this cover really uses that fact to its advantage. From the title changing color every few words, to the bright yellow and red of the towel in the corner, to the clothes that father and daughter are wearing, it is immediately eye-catching for any small child. Further adding to its lure is the obvious fun activities that are happening: the giant Ferris wheel at the boardwalk amusement park, the beach toys in the sand, the excitement between the dad and daughter as they are caught in a moment of joy. All of these elements make the cover very appealing for children, the target audience, and are therefore combined quite successfully. 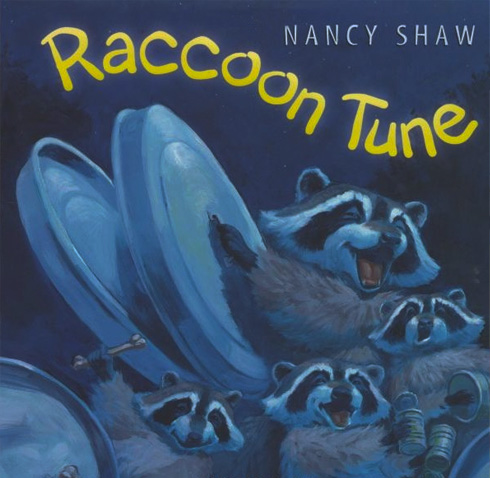 Practically every child loves animals, and this cover competently uses that fact to bring forth a frozen scene that is sure to spark attention and enjoyment from its target audience. While most children are used to seeing household pets like cats and dogs, it isn’t as often they get to see more wild animals like raccoons. The fact that there is a small family of raccoons on the front immediately gets their curiosity going. That curiosity is further stewed by the fact that these raccoons seem to be playing music with garbage cans and other trash. Kids will wonder, “Do raccoons really do that?” and will definitely want the story to be read to them. 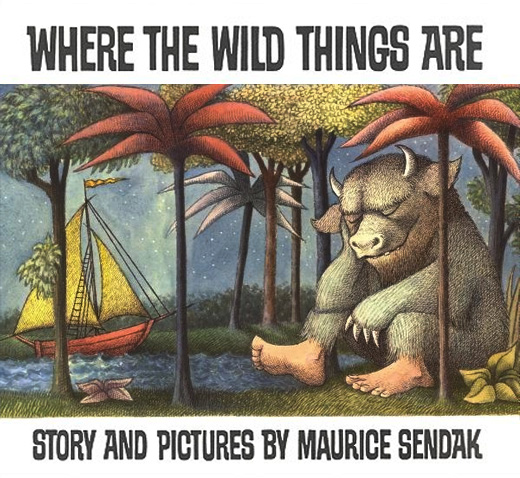 Even before the movie came out, most people had heard about this book. As a new generation comes to love it, maybe it was the amazing cover that had a little something to do with why the book became so popular in the first place. Potential readers are going to notice one of two things first: the title and its slightly unusual font, or the strange yet peaceful picture that graces the main part of the cover. No matter what actually catches their eye first, the cover is going to entice enough curiosity to flip it open and find out what happens on the inside. The font on front is slightly wild, just as the title suggests. The sleeping, smiling creature on the front, with its giant size and strangely human looking feet, looks like something cuddly and friendly. Despite the obvious horns and claws. The boat in the background, combined with the title, allude to an adventure of some kind. Every element of this cover stimulates curiosity and the desire for the story to be read. 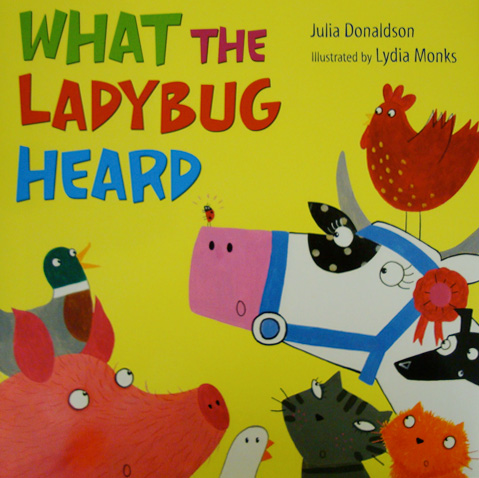 This cover brilliantly combines the use of bright colors with friendly animals, two elements that children love and will be eager to hear a story about. Using recognizable animals like a cow, cats, and a pig, the child already has a sense of familiarity with the characters and will be more likely to want to hear the story. The big, bright letters of the title attract immediate attention with their all capital letters and their vibrant, recognizable colors. And with all eyes on the tiny little ladybug, children will be incredibly curious as to why she is so important. One last thing that makes this cover great is the very small print of the author and illustrator. While it is important to give credit to the creators of the book, kids really don’t care who wrote it, or who drew the pictures. By making the print for this small, it keeps them focused on the things they are interested in. 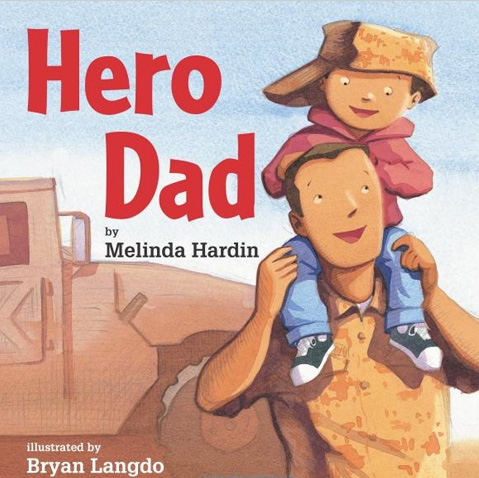 The title on this cover alone is enough to spark the imagination of nearly any small child, as many of them already look to their father like a superhero of some kind anyway. The title font is simple and to the point, but with the red color that is in contrast to the rest of the color, and the fairly large print, the title itself tends to stick out. This is good because it will be eye-catching to both children and parents who happen to pass by it. In the same way that the title sticks out, the rest of the print, for the illustrator, author and copyright at the top, blends in more with the scene. The font is smaller and the colors are not in contrast with the background, which leaves more attention for the title itself and of course the scene that has been illustrated on the front. The sky and truck are faded in the background of a father lovingly holding their child on their shoulders. And the best thing about that part of the picture is the child could honestly be either a girl or a boy, making this something that any kid would be able to enjoy, and possibly relate to.